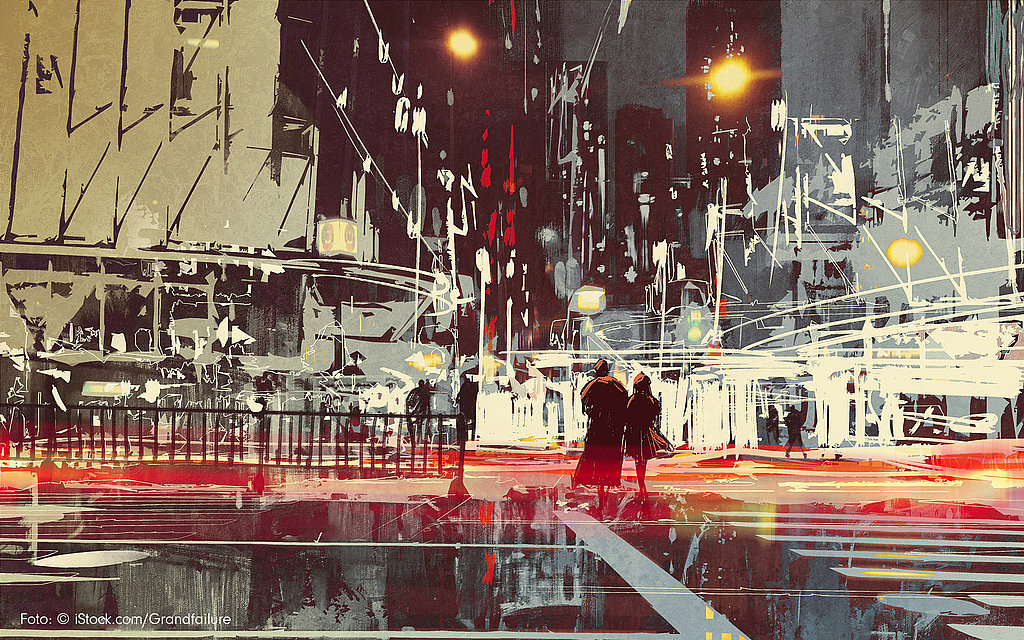 Light art. Artistic light. Light and art, as complex as the composition of the light spectrum. Light enables us to see, art enables us to feel. But what exactly do we see in urban space? What do we feel in urban space? And: Which demands does urban space make on lighting design? A contemplation of needs, effects and the role of light and design.

Light is likely one of the greatest wonders of humanity. Science and technology are becoming increasingly innovative and complex, in regard to electromagnetic radiation. Yet light, in its simplicity, remains a basic human necessity. We take in approximately 80% of our environment, via our most important sensory organ, the eye. And to do this, we need just one thing – light!

Yet we have only had the knowledge and technology to create artificial light for about one and a half centuries. If previously, fire was the only alternative source of light to the sun, lighting technology further developed with the discovery and utilisation of electricity – and, especially in the last few years, has developed at breakneck speed.

Starting with Edison’s carbon filament in 1880, through the glass incandescent mantle and the metal filament, develop-
ments with mercury, fluorescent substances and halogens, and finishing with the luminescent diode, or LED, which has been gaining ground since the 1970s. In 2003, the first streetlight with LED technology was used – the MILLENIO from Hess!

From flame to diode –
complex science of a fundamental need.

Light has a triple effect: visual, biological and emotional. The visual function is, as previously mentioned, an essential human need – we all need light in order to see. But the non-visual function or effect of light continues to play an increasingly important role. This is referred to as circadian lighting, which on the one hand involves influencing the
“inner clock” – stabilising the biorhythm.

On the other hand, it is about the emotional quality of light. Namely, the consideration of criteria related to architecture, aesthetics and psychological perception. Targeted lighting management is tantamount to staging – effects, moods, entire appearances are influenced, accents are set and perception is controlled.

It is essential to know what is to be illuminated in which environment and under which conditions. In addition, the question of which expressiveness the light receives is important – to emphasize, to structure, to create connections or security, to identify?

Light is a tremendously important means of communication. It conveys feeling and moods or can awaken them in people.

Biological and emotional effects of light are also essential.

We, as Hess, create light in urban space. And there too, the question is at the heart of the matter: What can light do? What must light be able to do? In outdoor areas, this question is closely linked to the area of application and the requirements associated with the space.

On the Gustaf-Gründgens-Platz in Dusseldorf, we experience light in exactly this spectrum of requirements: It makes the square visible, revitalises it and stages it in a special way: with shadow and light. With SHADOW LIGHTS, the newest member of the luminaire family at Hess, the urban space becomes a stage – matching the theatre adjacent to the square.

The unique luminaire was developed within the framework of the extensive “Kö-Bogen II” re-development project in the city centre of Dusseldorf – entirely according to the needs and requirements that were to be met by us in the course of the project.

„Stage lighting“ on the
Gustaf-Gründgens-Platz in Dusseldorf.

The brandnew SHADOW LIGHTS in front of the
Dusseldorfer Schauspielhaus.

“Architainment” achieves a new dimension in the interplay of light and art. “Architecture” and “Entertainment”: A building, a structure or a column becomes an entertainer with the help of light, media and interaction.

A truly exceptional project, Prahran Square in a Melbourne suburb, is, in the truest sense of the word, a shining example of Architainment: Light, sound and graphics create a special interplay. Extraordinary multimedia columns interact with the surrounding environment and the people and allow two worlds to blend: the hectic, colourful everyday world outside of the square and the relaxed, green, atmospheric oasis inside.

The columns, “The Pipes”, act here as a threshold, as a type of transition ritual, evoked by light and sound.

Light and art as allies for sign-posting. Orientation and perceptible identification – where am I, where do I want to go? Taking these aspects into consideration, the lighting in the city centre of Singen, near Lake Constance, was realised.

The renovation of the lighting system was used to emphasize the geographic identity of the city. It was the goal to unify the location in the Hegau, the proximity to the water and the connection to Hohentwiel, an extinct volcano – all the aspects, that make up the character of the area and the city – with modern lighting.

Light as orientation, as identity, as regional art. Very special intermediate modules in our CITY ELEMENTS stand exactly for this: the Hegau, the water and the volcano – and create, on the one hand, an absolute highlight in the city centre and on the other hand identity.

Grass of the Hegau region.

Stone of the volcano Hohentwiel.

In urban spaces, lighting has a multifaceted meaning: On the one hand, light provides orientation and security. On the other, it serves to set the scene and accentuate, provides communication and identity. But it goes further than that, because at Hess, lighting is not just lighting – and thus not merely light. 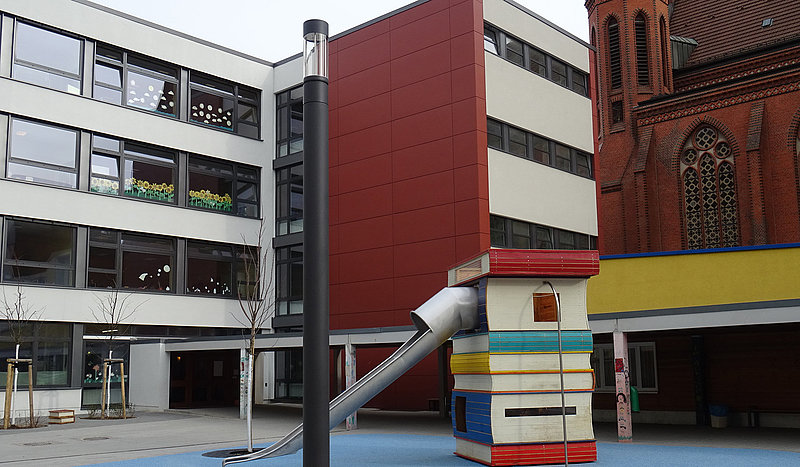 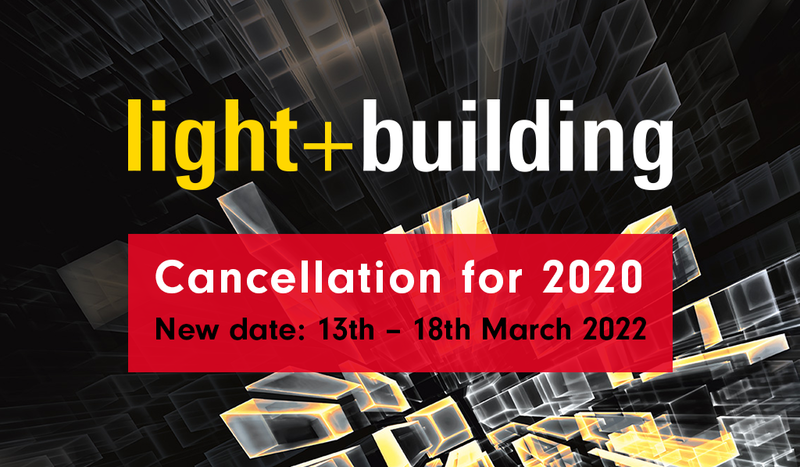 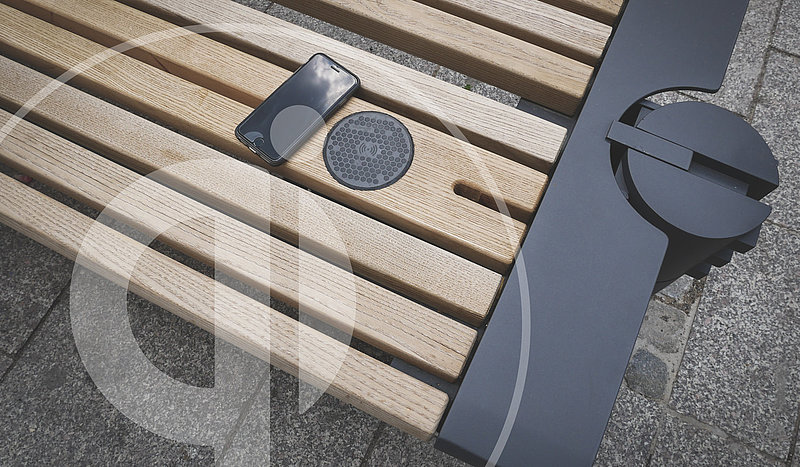 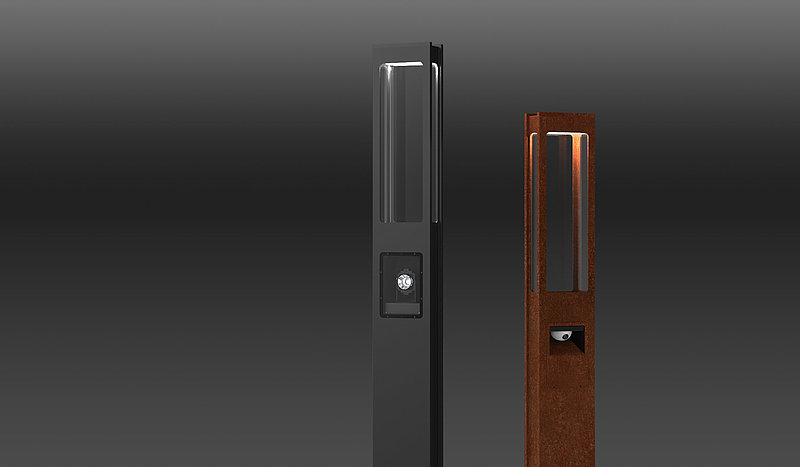