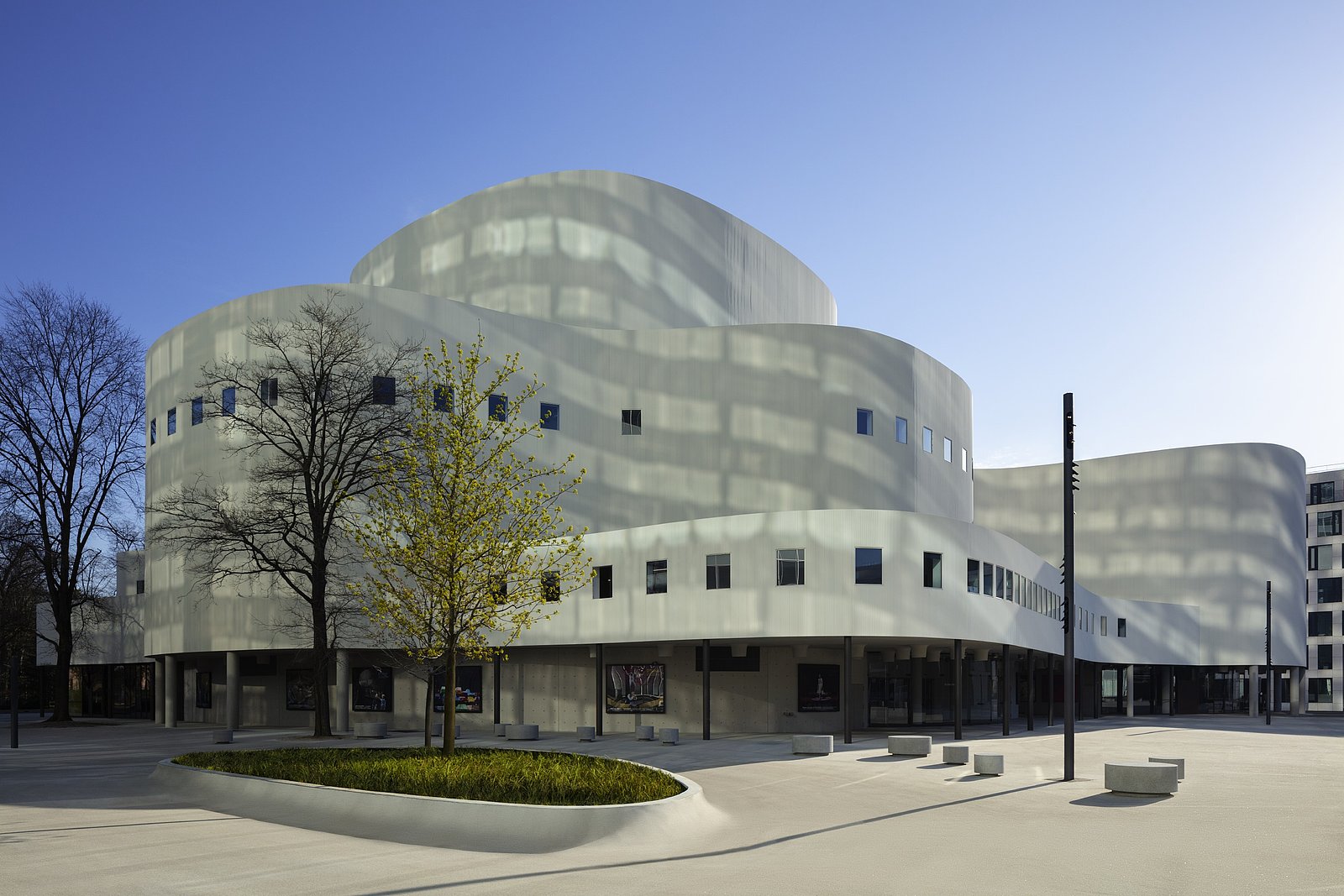 "All the world‘s a stage." (Shakespeare)

The refurbished and modernised Dusseldorf Schauspielhaus on Gustaf-Gründgens-Platz shines in new splendour into the urban space. A unique lighting concept with the new SHADOW LIGHTS by Hess also turns the square into a stage and stages it as it were – with shadow and light. 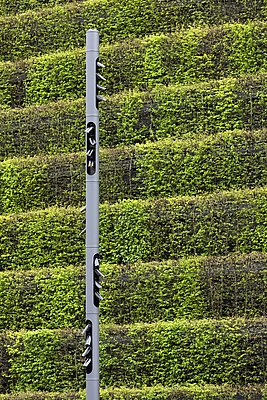 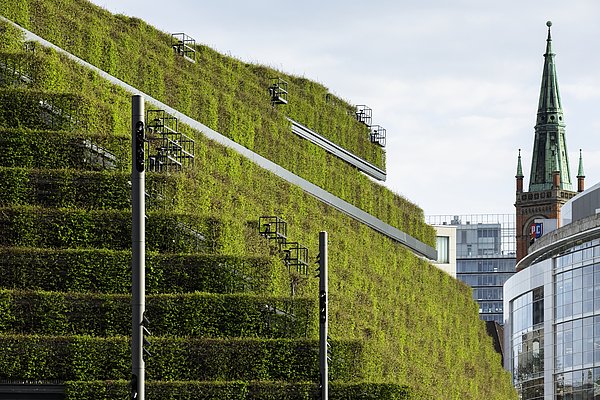 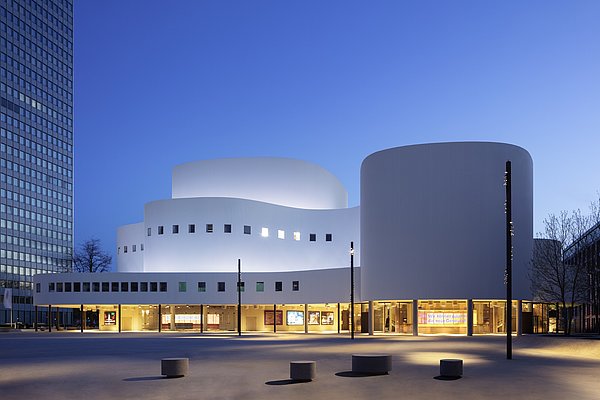 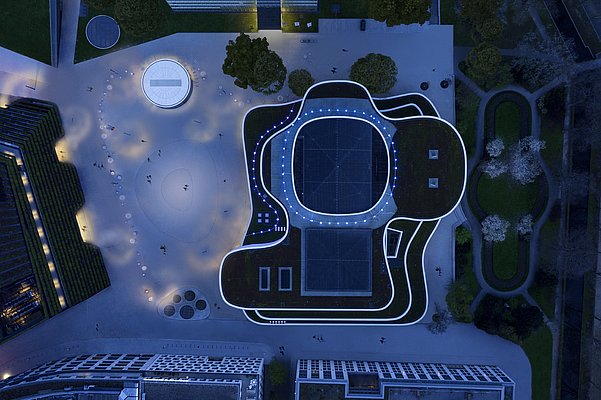 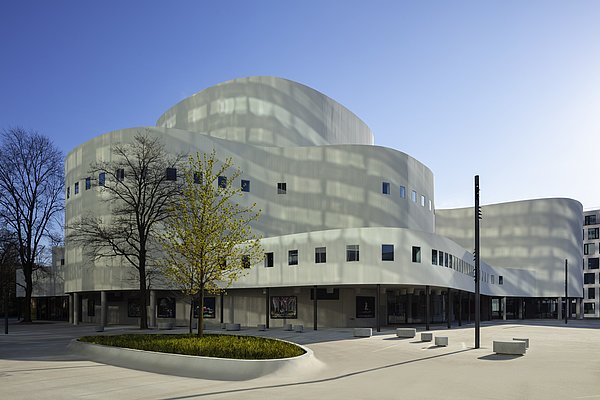 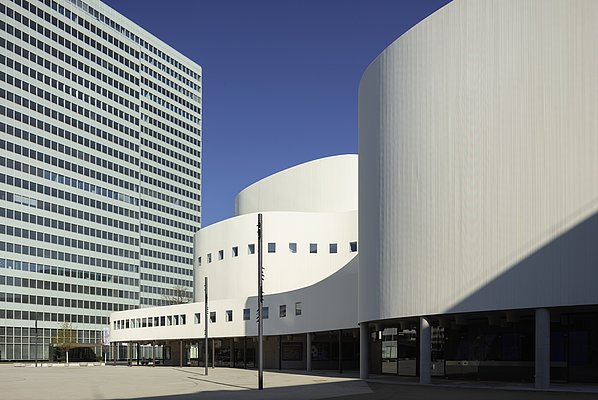 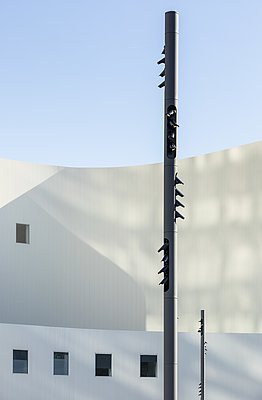 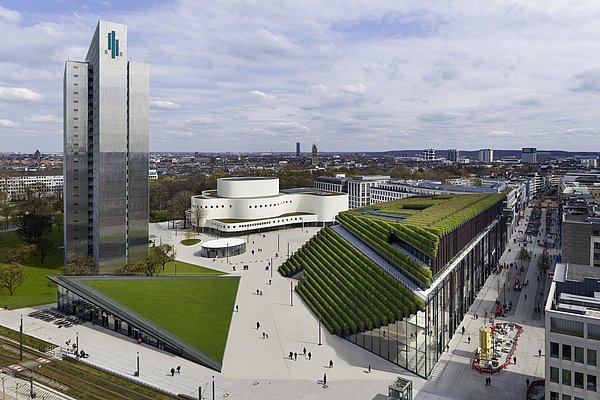 The impressive ensemble is complemented by the new Kö-Bogen II business and office complex, which features a unique façadeof hornbeam hedges and frames the newly designed Gustaf-Gründgens-Platz.

The aim of the redesign was to create an attractive, vibrant square that would serve the whole city and do justice to its special role as a gateway to the city’s theatre.

These requirements resulted in the development of a lighting concept that enacts the public space as a stage for urban Dusseldorf life in the evening.

The new lighting concept equals a theater performance. In the evening, the square is atmospherically illuminated. The light sources are well hidden, so the luminaires are quite invisible while revitalizing the area, without contributing to the night sky‘s light pollution.

A controllable lighting concept makes it possible to call up various lighting scenes as needed and bathe the urban square in contrasting light. To create optimal lighting conditions for a variety of different uses, illuminating columns working like outdoor stage lights were installed.

The SHADOW LIGHTS was developed for this purpose, equipped with separate spotlights, allowing individual areas to be illuminated without glare or the square to be illuminated in different ways that are appropriate for a wide array of events.

The swivelling spotlights can be individually controlled, making it possible to create custom lighting scenarios on the square.

With the redesign of Gustaf-Gründgens-Platz, the city of Dusseldorf is enriched by a notable new cultural attraction. By day and by night.

The SHADOW LIGHTS – made by Hess.