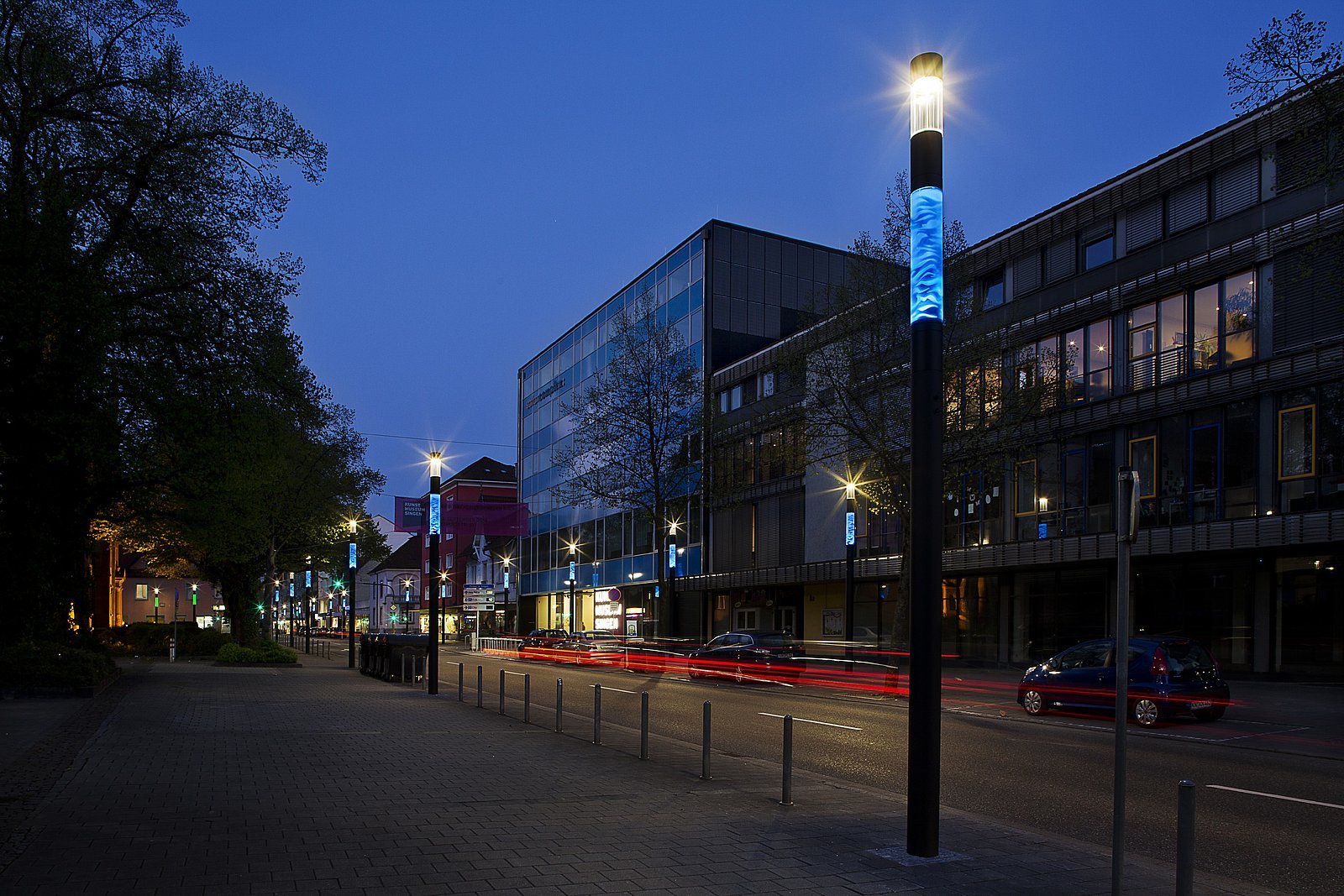 Unique lighting concept in the city centre of Singen

Some time ago, the municipal council of Singen decided in favour of an indicative lighting concept for the city centre by renowned lighting designer Vogt und Partner.

It was indicative in the truest sense of the word, as the concept puts forth a revolutionary new lighting design that points the way for the city’s historic district. Essential importance is given to helping pedestrians get their bearings at night through a variety of different coloured elements that “indicate” the different directions.

These coloured elements help people to recognise the direction they are walking in at night – thus bolstering an important identity factor, namely the proximity to Lake Constance and the adjacent natural space, in addition to visible orientation in the urban space.

The colours of the elements clearly specify direction in each case: 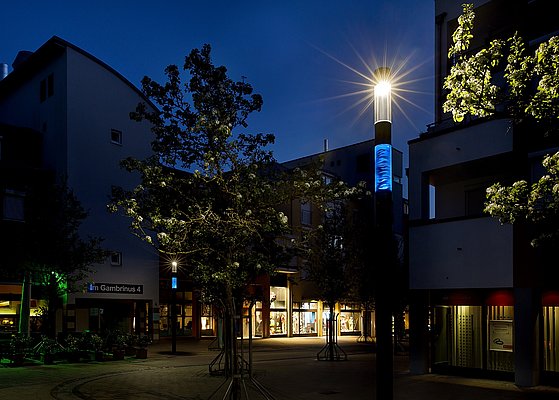 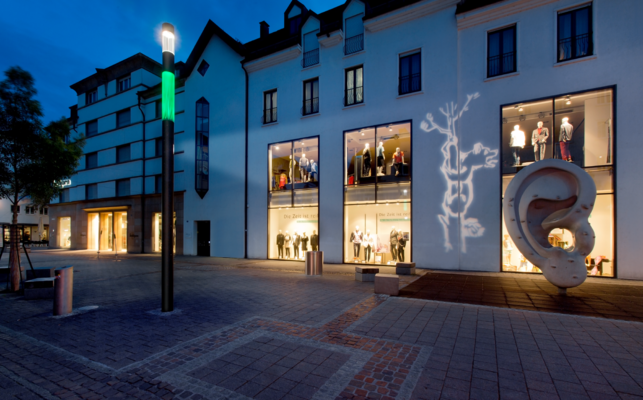 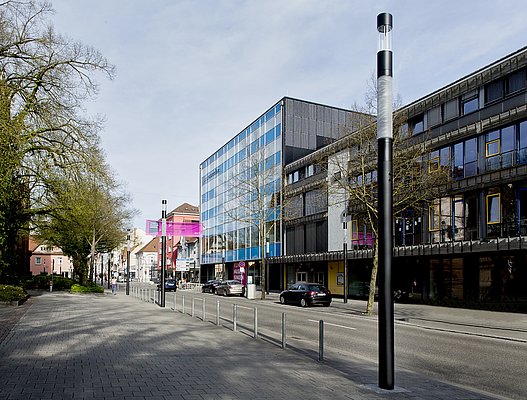 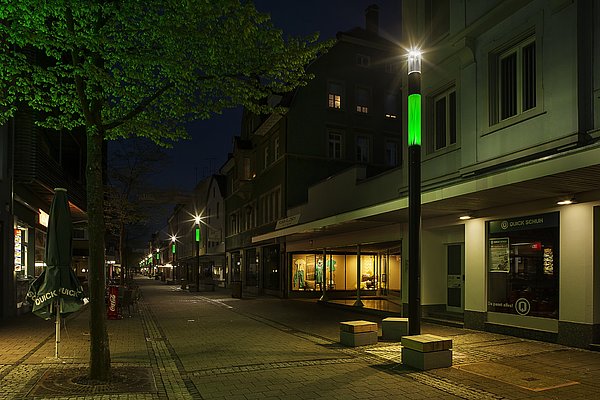 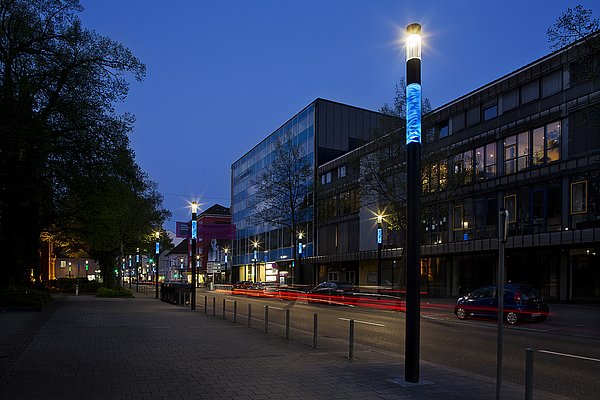 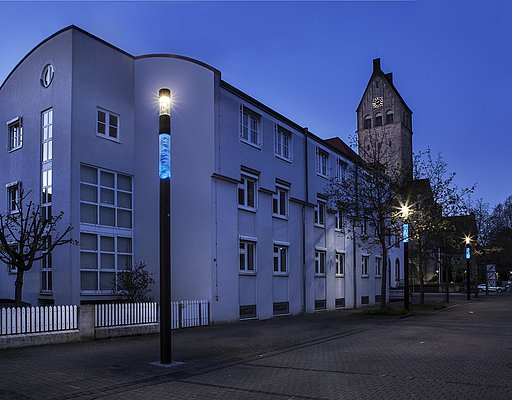 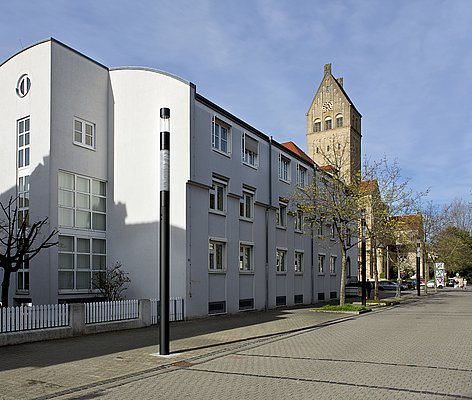 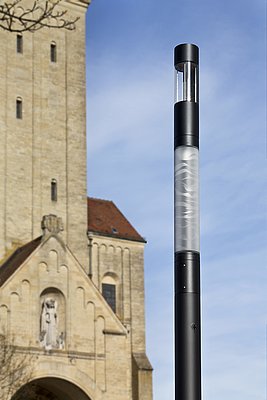 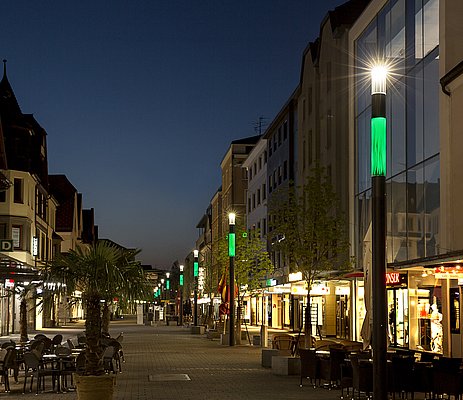 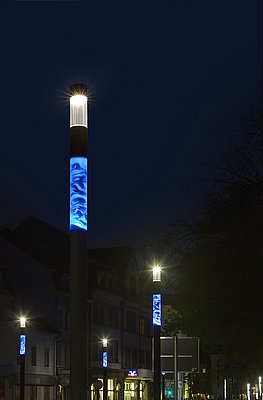 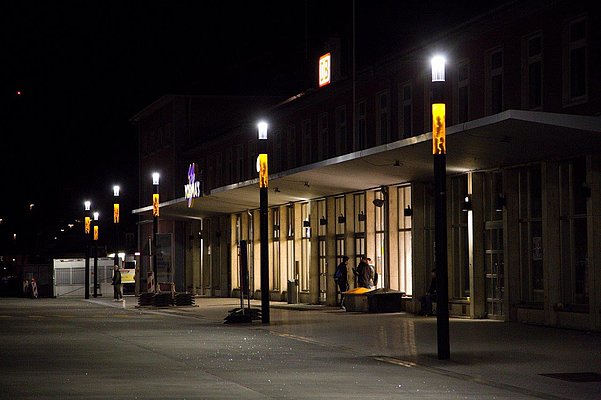 The luminaires with the “blue orientation elements” can be found in the city along the streets that run from east to west – so they indicate direction as well as proximity to Lake Constance, which is why these elements are also referred to as “water elements”.

The luminaires with “green orientation elements” can be found along the streets that run from north to south – so they indicate direction as well as proximity to the adjacent natural space, which is why these elements are also referred to as “nature elements”.

The “orange/red orientation elements” can be found on the square in front of the train station. These elements are intended to greet visitors to Singen’s city centre with “volcanic elements” that represent both the volcanic landscape of a prominent local mountain as well as the Hegau volcanic landscape in the vicinity.

Beyond the purely functional nature of the basic illumination, the lighting concept also makes it possible to make space in the city centre come alive and be tangible.

This is accomplished by spotlighting special façades or by highlighting works of art in public spaces, for example. These objects are accentuated with light, drawing the eye of the beholder.

It’s a great concept that was superbly implemented.

Illuminating columns with special orientation element. Some of the columns are equipped with a mounting option as well as a power supply for Christmas lights.