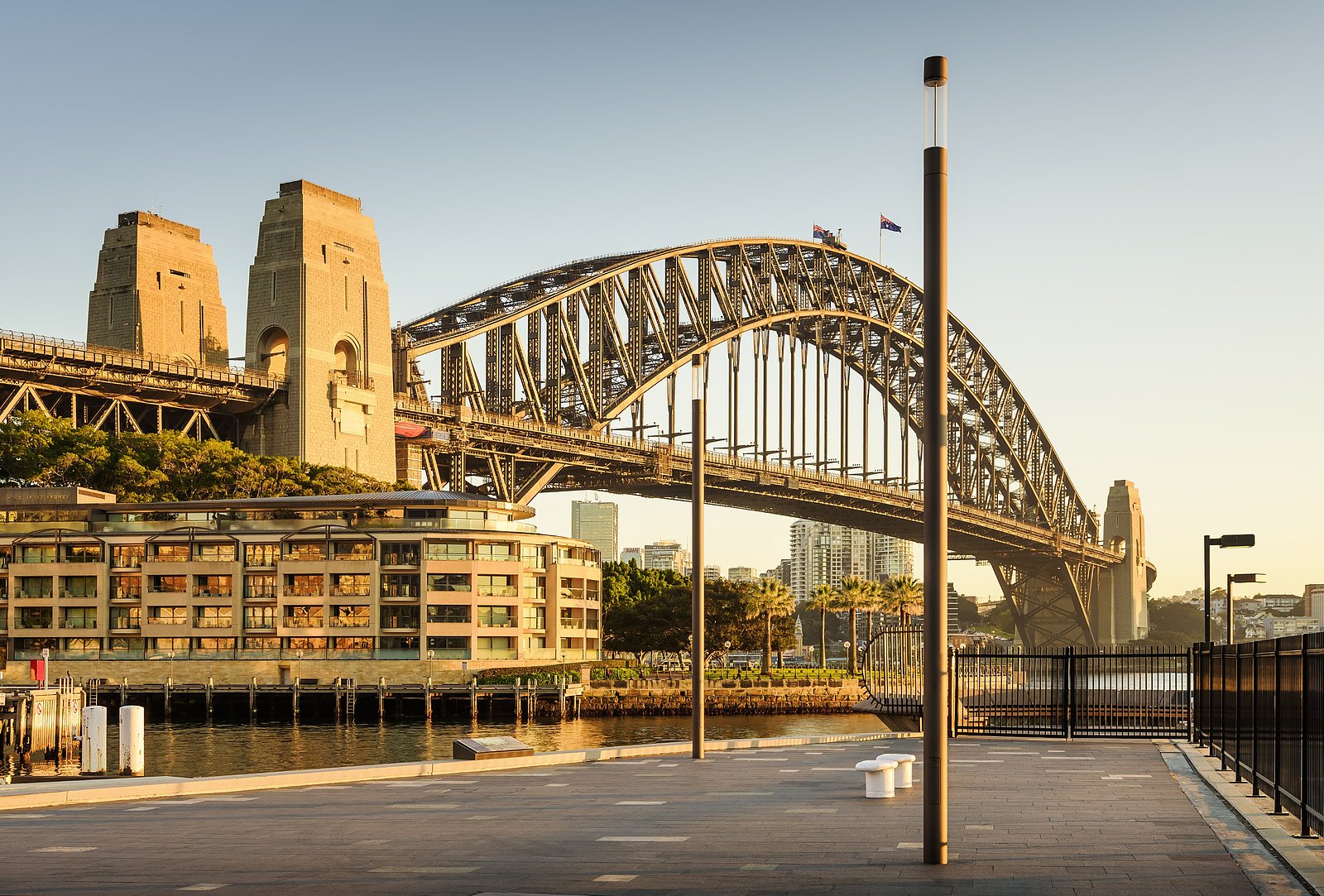 Campbells Cove shines in a new light – also thanks to the Hess luminaires used, which use innovative technology and the most modern design to impressively underline the extraordinary flair of one of Sydney’s most beautiful districts – by day and at night.

Everyone who knows Sydney knows The Rocks. Sydney’s historic harbour and oldest district has always been a major attraction and a very lively and bustling area.

But long gone are the days when The Rocks still caused a stir with its dive bars, overcrowded with wild sailors and their dramatic stories from around the world.

After the extensive renovation in the 1970s, the harbour area with its old, quaint alleyways and restored buildings became a smart and extremely popular promenade with a first-class range of culture, art, events, markets, offices and top-class gastronomy.

Today, The Rocks, which is named after the rock on which the southern foundation of the Harbour Bridge was built, is an urban centre and a magnet for tourists, artists, traders, businessmen and locals alike, who are enchanted by the unique atmosphere of this magical place in Australia’s largest city. 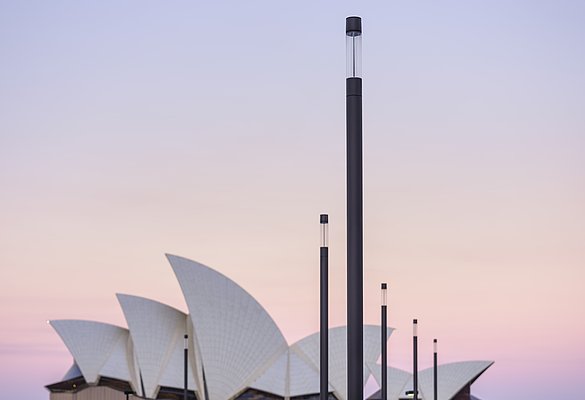 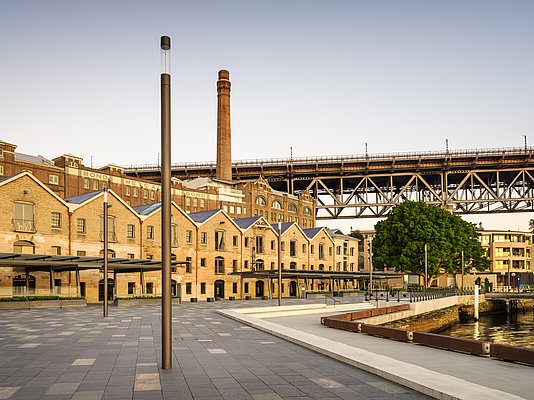 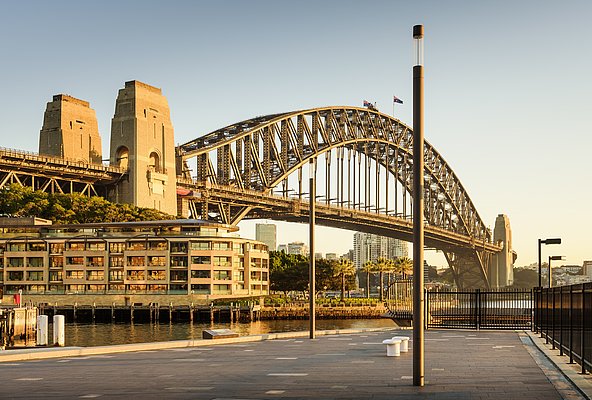 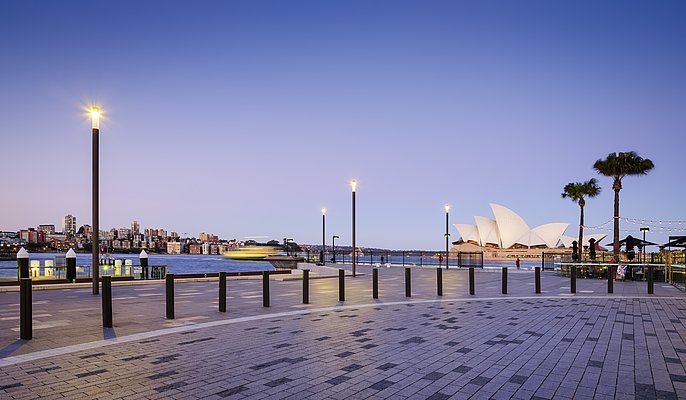 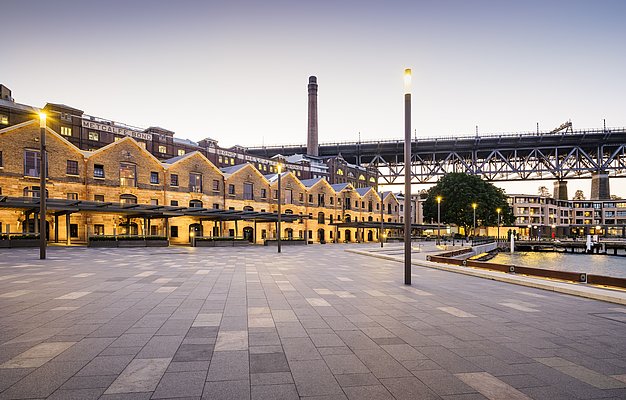 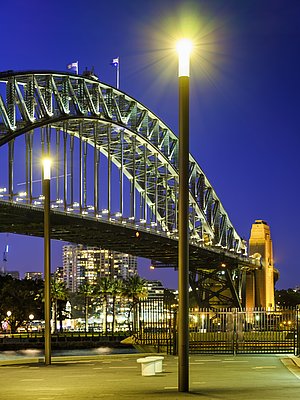 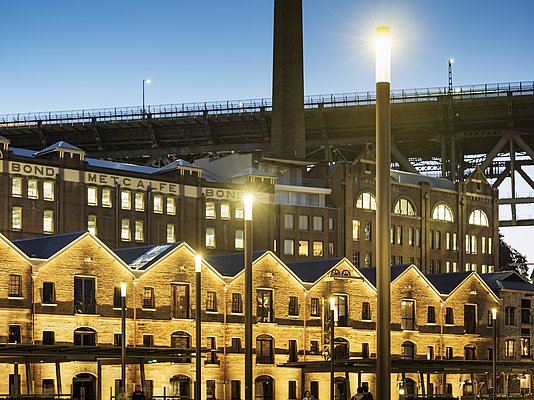 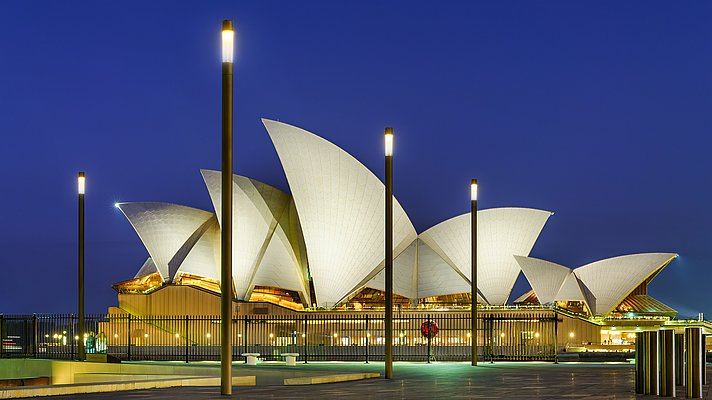 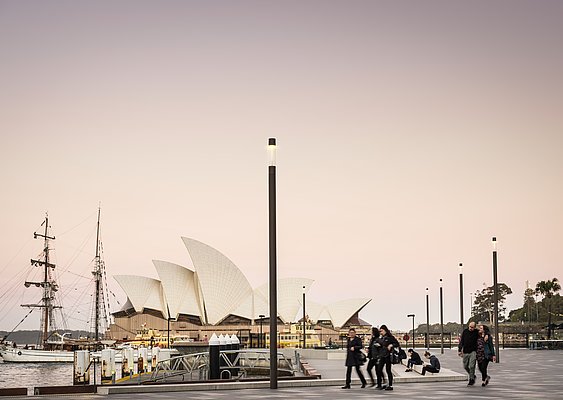 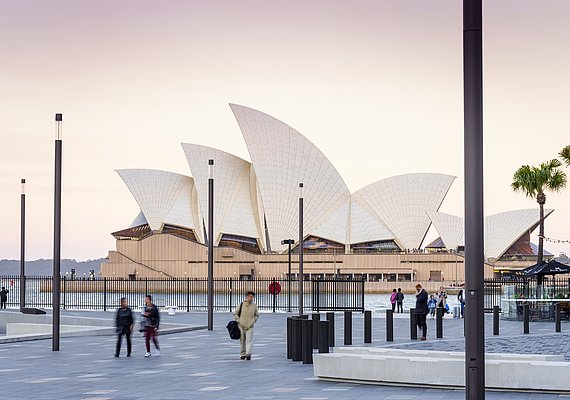 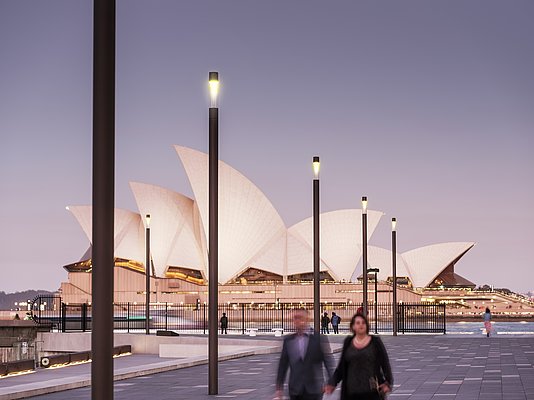 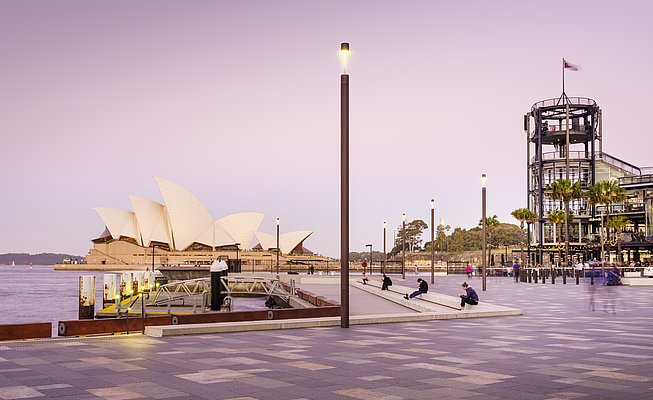 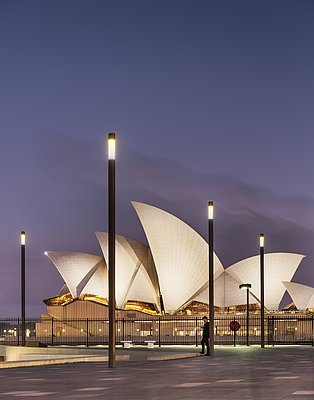 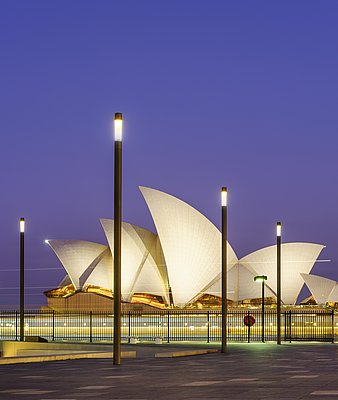 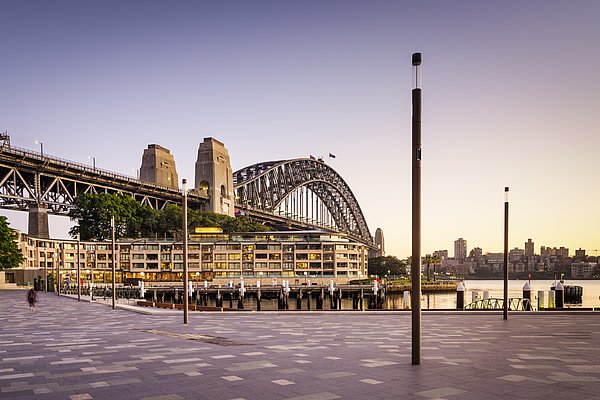 Campbells Cove – the romantic bay in The Rocks

Right in the pulsating heart of The Rocks, between Sydney’s landmarks, the Harbour Bridge and the Opera House, lies the small and idyllic Campbells Cove. It is named after the businessman Robert Campbell, who built warehouses there in the middle of the 19th century to trade in wool, sugar, whale oil and sealskins.

The impressive sandstone buildings have been preserved, they form a unique backdrop and house world renown restaurants and bars. At the Campbells Cove wharf you can also experience the longing of great adventure first hand. From there impressive sailors sail off, and you can enjoy an exciting view of their masts.

The project involved an investment of more than 32 million Australian dollars, a construction period of 46 weeks and 22,095 man-hours worked.

In 2019, the renovation work on the wharf promenade of Campbells Cove was successfully completed. The goal of the modernisation project was to redesign and widen the riverbank zone, in order to create an attractive leisure area on the waterfront.

More than 32 million Australian dollars and a construction period of 46 weeks with 22,095 hours of work were invested in the project – including 4,700 square meters of paving, 48 high-security bollards, an amphitheatre as well as multifunctional lighting. Elements from the historical heritage of The Rocks and its eventful history were carefully integrated.

It was well worth the effort: Campbells Cove shines in a new light – also thanks to the Hess luminaires used, which use innovative technology and the most modern design to impressively underline the extraordinary flair of one of Sydney’s most beautiful districts – by day and at night. 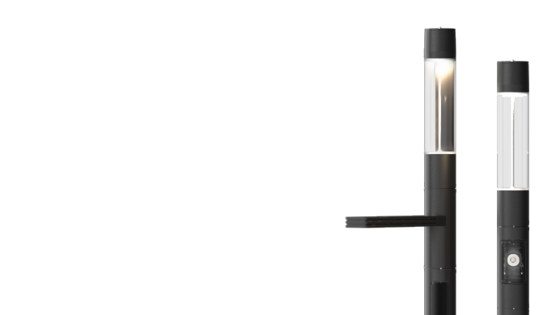