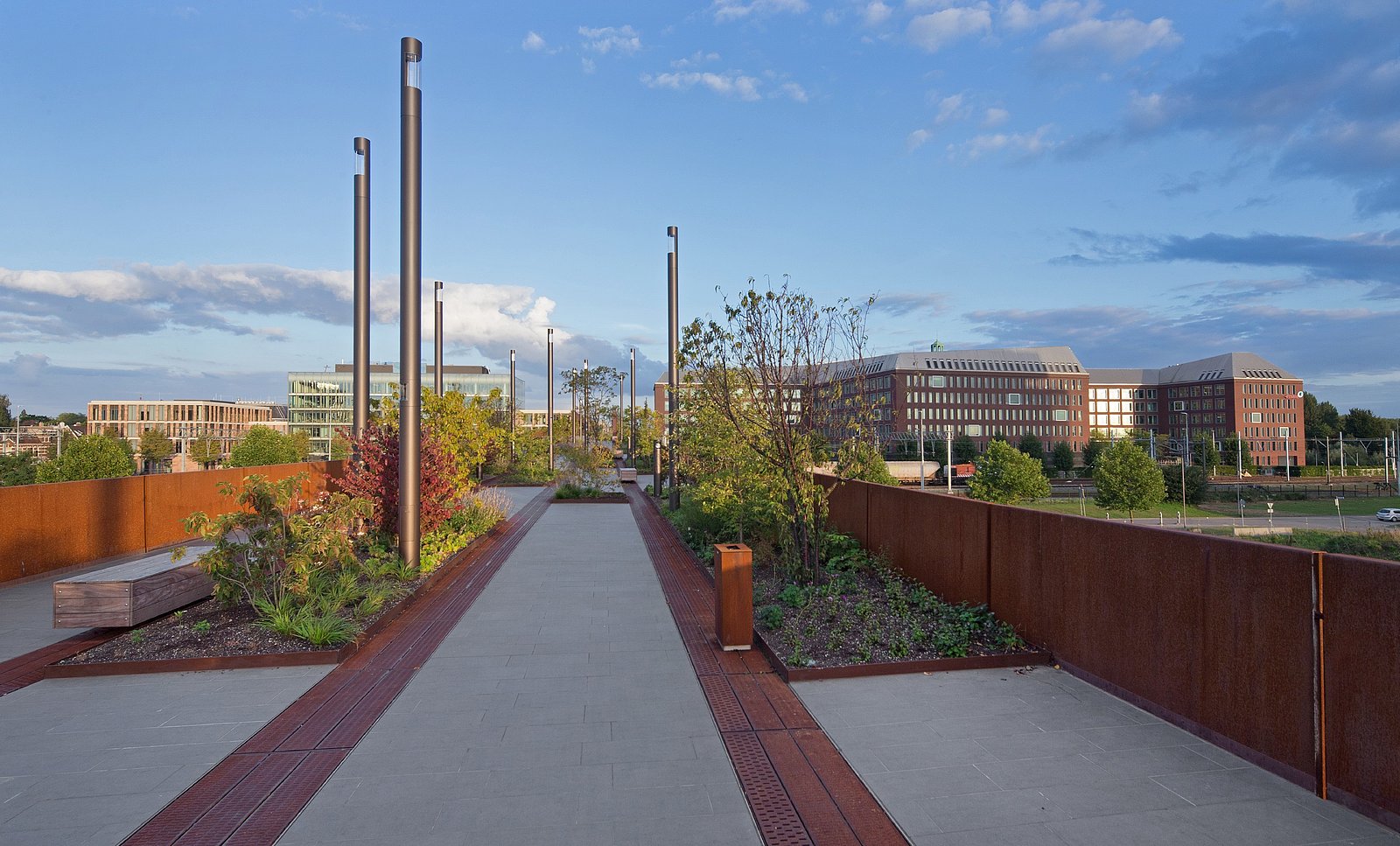 Palace Bridge in s'Hertogenbosch (the Netherlands): Green connection between the old town and the "Paleiskwartier" residential area

Pedestrian and bicycle path, park and viewing platform: The Palace Bridge, inaugurated in May 2015 in the Dutch municipality of s' Hertogenbosch, is everything all rolled into one.

Built according to a design from the architectural office of Benthem Crouwel, the 250-metre long and 10 metre wide bridge, constructed of Corten steel, spans the railway station tracks and connects the old town with the "Paleiskwartier" residential area.

With its unusual architecture, the striking rust-brown steel, as well as its design as a green oasis in the middle of the city, the bridge makes reference to the surrounding railway facilities and the adjacent scenically unique nature area "Gement", a magnificent view of which can be seen from the bridge. 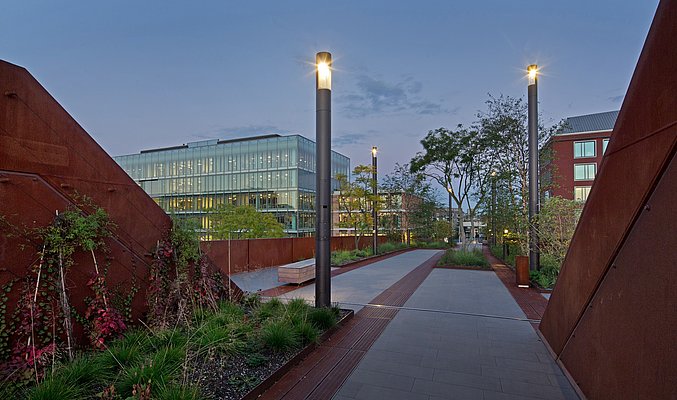 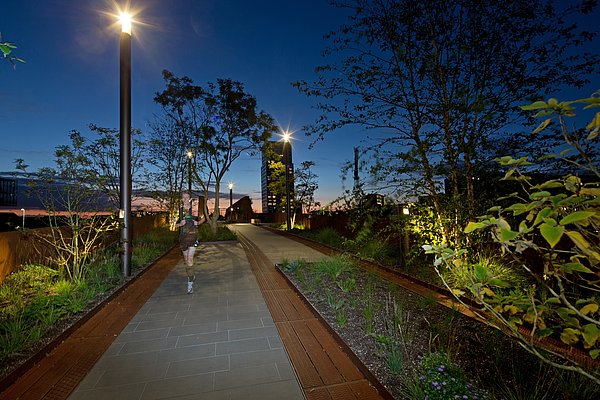 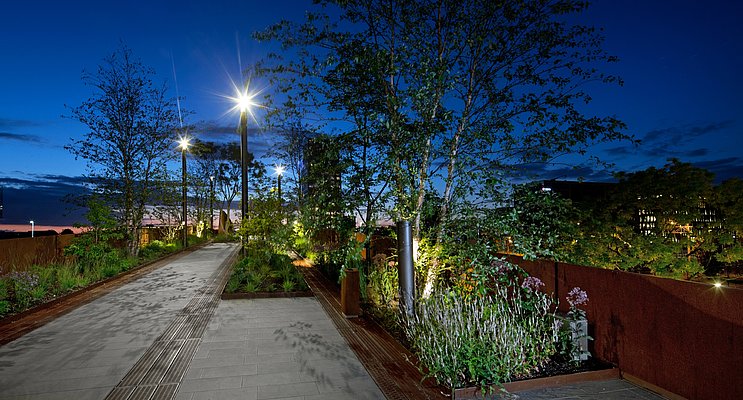 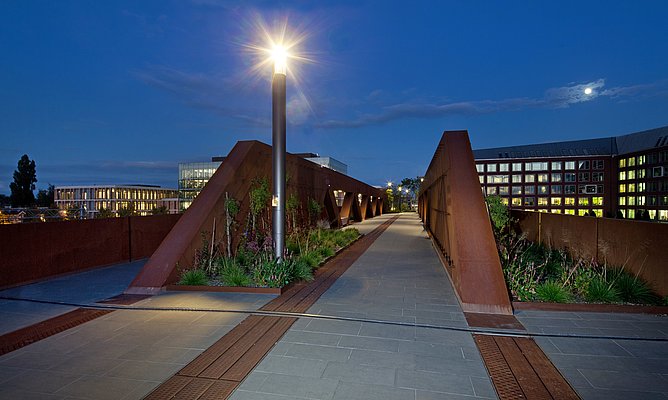 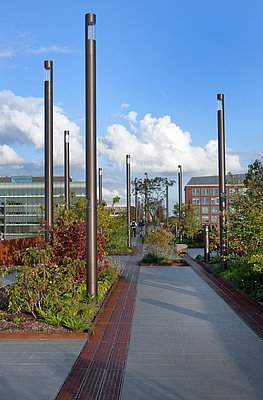 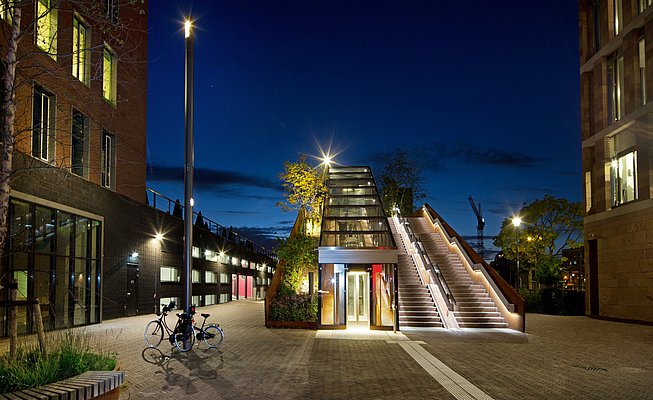 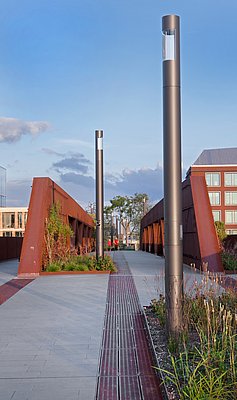 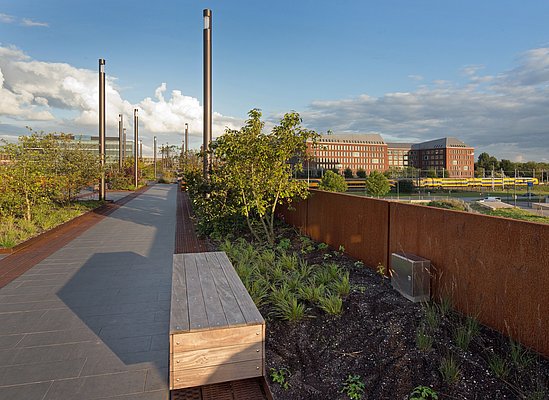 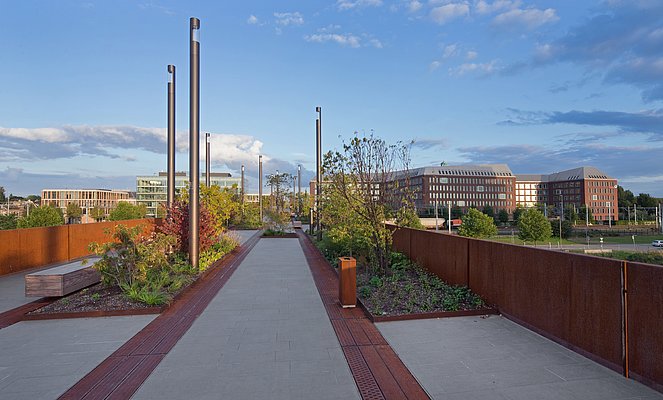 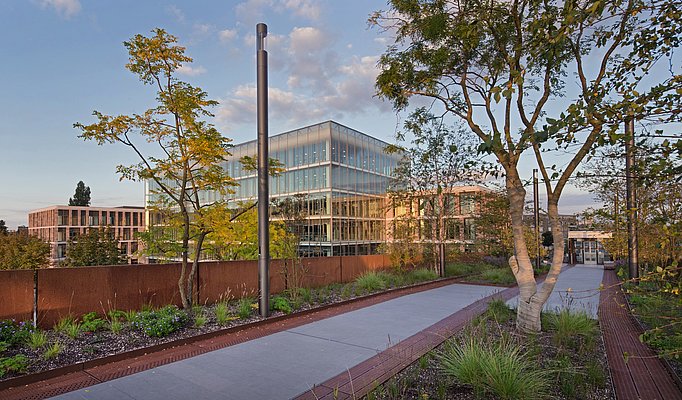 A place to feel good

Park-like character with plants and trees

The structure owes its park-like character to the numerous flower beds, trees and even the seating, inviting users to linger at a lofty height. The landscaping scheme, developed by the landscape architect Piet Oudolf, divides the bridge into three different areas: The city centre side design is characterised by savannah-like landscaping with plants and isolated trees. In the middle of the bridge, so as to not block the view, low plants prevail and on the "Paleiskwartier" side, trees are once again part of the vegetation.

The planting selection was also made based on different flowering periods. Thus, the bridge is impressive the whole year due to its constantly "new" appearance.

Bridge heating for the winter

Another feature makes the Palace Bridge distinctive: To protect the bridge from freezing in the winter, it has heating in the form of a solar collector. The heat stored during the summer months is used in winter for heating the bridge. It ensures a constant temperature, of 10 degrees Celsius, of the bridge deck and of the stairs, keeping the structure free of snow and ice during the cold season.

Attractive: Even and especially in the dark due to its customized lighting solution

The bridge presents itself as attractively in the evening and night hours as it does in the day: A tailor-made concept, for which, among others, CITY ELEMENTS illuminating columns and bollards from Hess were selected, attractively stages the paths and flower beds.

Expert interview:
Lighting designer Robert-Jan Vos designed the project-specific lighting solution on behalf of the municipality of s'Hertogenbosch and tailored it to the bridge's characteristics. We have spoken with the lighting expert regarding the key points of the lighting. 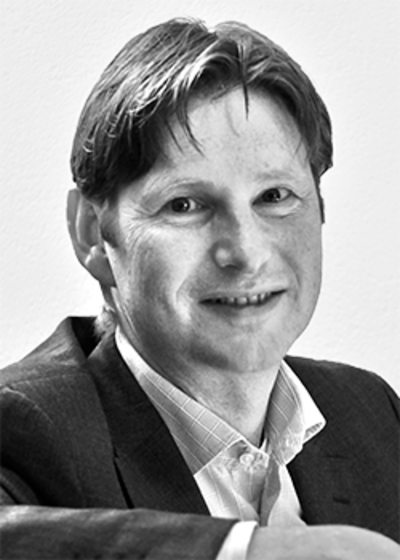 1. Mr. Vos, can you please tell us a bit more about the project design?

"I was commissioned by the architect, the planning company Grontmij and the municipality of 's-Hertogenbosch to design a suitable lighting concept for the Palace Bridge "on the basis of the concept design from Benthem Crouwel" and to elaborate on the design within the framework of the project goals. In addition to the aesthetic aspects and the applicable norms, the design had to take costs into consideration (for upkeep, maintenance and energy) and be able to offer the best cost/benefit ratio. During the job, close cooperation with the architectural office of Benthem Crouwel took place regarding all decisions and fine tuning. Grontmij in turn was responsible for advising regarding the structural design and for installation."

2. What were the main starting points for the lighting elements found on the bridge?

"The lighting had to comply with the project objectives, which involved meeting many requirements, including visual specifications. This included aesthetic and architectural considerations, task-related requirements as well as aspects of functionality and sustainability.

The most important starting point in this case, however, was that the lighting design had, as far as possible, to be integrated in the environmental elements and in the construction and technical installation infrastructure. I also tried to incorporate the character of the park, designed by Piet Oudolf, in the lighting design. The beds, for example, are planted as highlighted showcases. On the other hand, the general lighting offers the population the best light quality and a high level of visual comfort."

3. Why is the creation of a specific lighting concept so important?

"The park created on the bridge must have an emotional effect on the visitor, in my opinion. Therefore, the lighting is such an important integral part of the entire design. The park on the bridge is divided into sections, each having its own character. The savannah-like vegetation alternates between tall vegetation and trees. The positions of the lighting installations and illuminating column heights are matched exactly with these aspects."

4. How did you achieve the emotional lighting effect?

"The emotional lighting is achieved by using accent lighting. Each illuminating column is equipped with an adjustable spot, which provides a light beam at an angle of approximately 20 °. In selected places treetops, tree trunks, plants and the ground are thus dramatically illuminated by these light beams.

5. Why did you opt for lighting products from the Hess CITY ELEMENTS product line?

"Sustainability, energy consumption, cost control and light colour were the decisive criterion for me and Benthem Crouwel regarding the product choice. In addition to their timeless design, Hess CITY ELEMENTS possess a multifunctional character which fully meets the required lighting and security purposes.

The CITY ELEMENTS, made of aluminium, are varnished with a matching colour. whereby the columns are not only given their own identity, but also meet the required service life of 20 years. The CITY ELEMENTS could all be equipped with DALI-controlled LED light sources. The wide range of optics for different elements of the CITY ELEMENTS also offered more than enough possibilities to realise ideas with light.

To convince the municipality of s'Hertogenbosch and the architects of our selection, we built a test installation at the Bastion Oranje on the Zuidwal with different lighting elements from the CITY ELEMENTS line and had it evaluated. The Bastion Oranje is a park-like setting, which is ideal as a reference object. Ultimately, this test installation was decisive for the final decision in favour of Hess."

6. Which other interesting challenges arose for the lighting on the Palace Bridge?

The connected total capacity of the lighting system is 5.5 kW. The lighting is partially dimmed down (up to 70% by means of DALI control), whereby the electrical power consumed is approximately 4 kW. This leaves a reserve of 30 %, which is intended to compensate for a light decrease. The entire lighting system was implemented with LEDs, which have low energy consumption, require less maintenance, cause less stray light, are more easily dimmed and are less sensitive to vibrations which are caused by trains which pass under the bridge.

For maintenance, repairs and events, four evenly spaced CITY ELEMENTS illuminating columns were equipped with a 230 V CEE wall socket, which is located behind a separate inspection hatch.

In the future, it is possible that the bridge will be equipped with security cameras. These can be connected with the aid of a special module on the CITY ELEMENTS illuminating columns, which connects seamlessly to the column's design."

7. Now that the project is completed, can you maintain that your ideas behind the design were also realised?

"It is always nice to find that for example, values calculated from a light measurement were also adhered to later. In this case, the idea behind the design was realized with certainty. To stop on the bridge and listen to the positive feedback from colleagues, the client and the users is definitely a good feeling!"