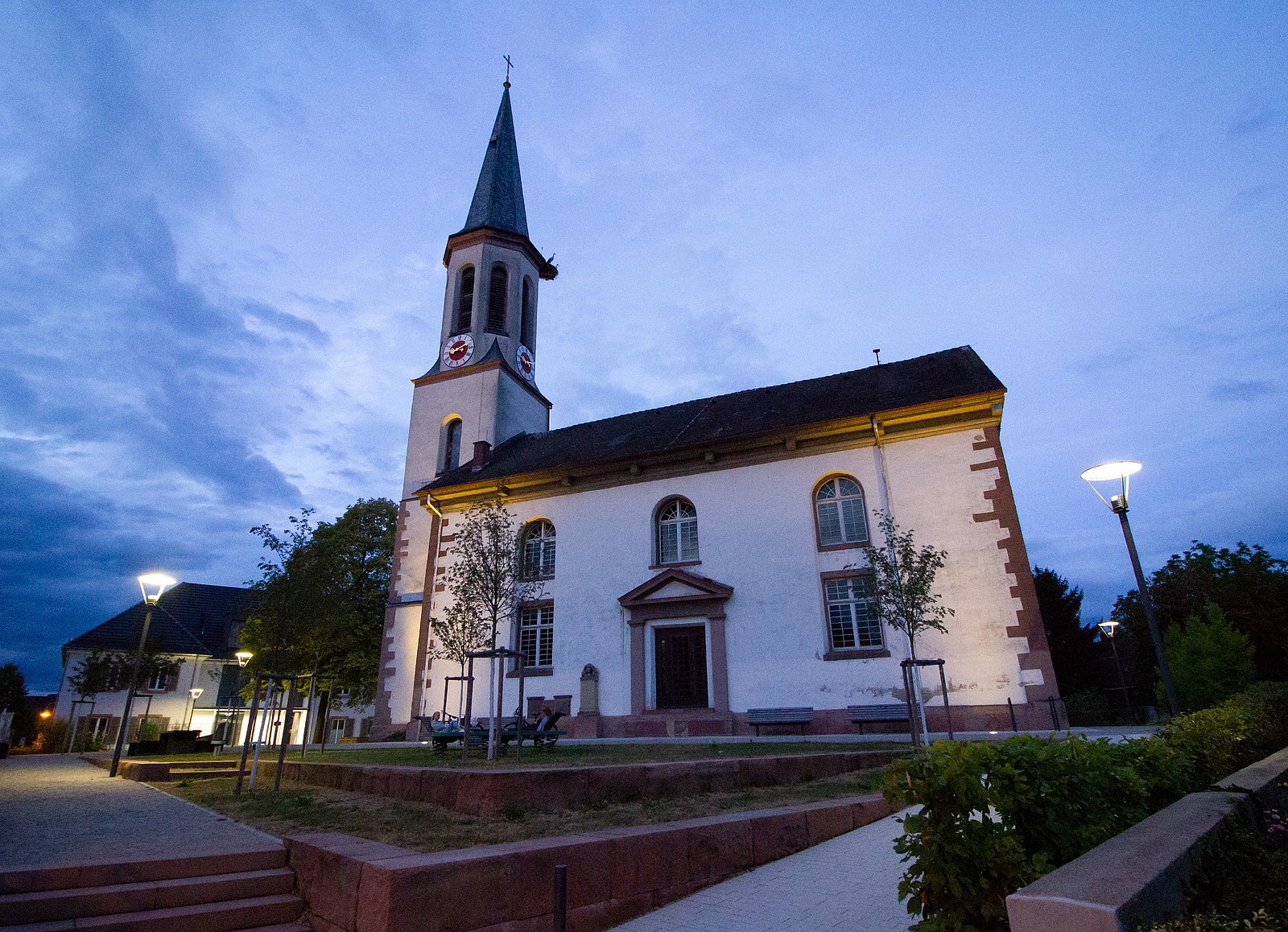 A few kilometres north of Freiburg im Breisgau lies the municipality of Vörstetten – a picture-perfect village of lovingly restored half-timbered houses, extensive orchards and cottage gardens which rightly bears the title of „Village of Half-Timbered Houses and Orchard Meadows“. The attractive centre of the municipality is the new spacious village square between the freshly renovated town hall, the Protestant church and the old cemetery.

Attractive centre of the municipality

With this project, the community has implemented one of its most important plans to open up the once fragmented area between the town hall and the church and develop it into a common meeting place for the people of the village.

„Thanks to the restrained yet high-quality design, today’s barrier-free square has gained a lot in terms of quality of life,“ says Mayor Lars Brügner, summing up.

The modern outdoor area, with its mature trees, a water feature and inviting seating, has become a popular meeting place since it opened in the summer of 2017.

In the evening and night hours, the square is provided with an attractive visual arrangement and illumination by premium Hess pole-top mounted luminaires of type AGENA 4500 as well as ground spotlights of our sister company GRIVEN. 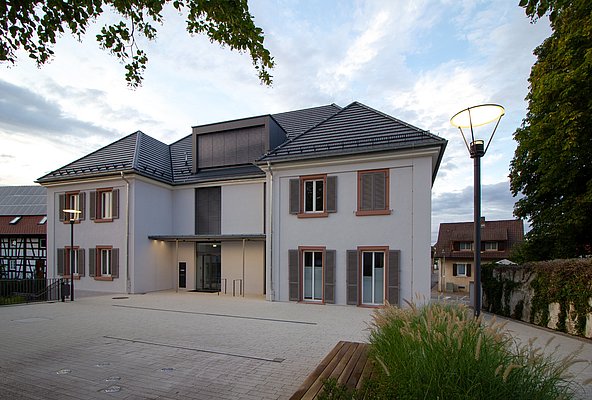 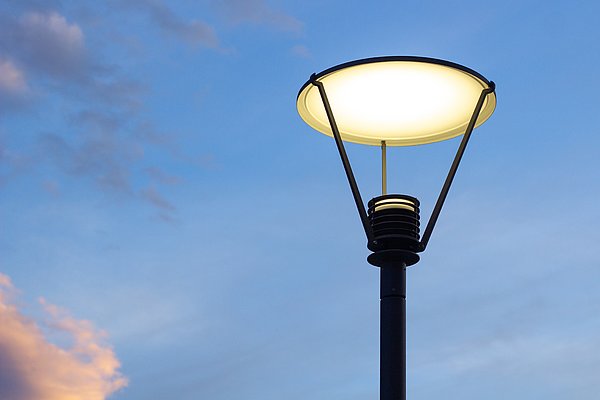 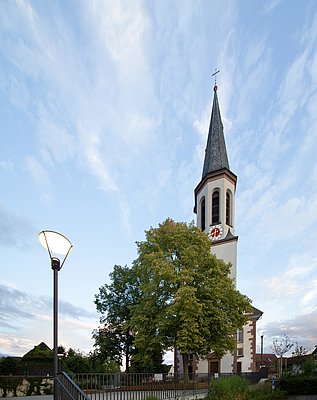 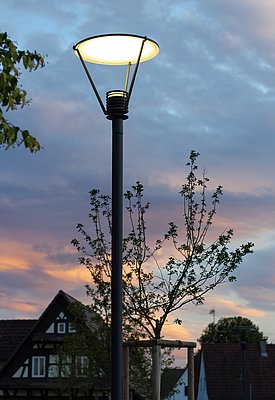 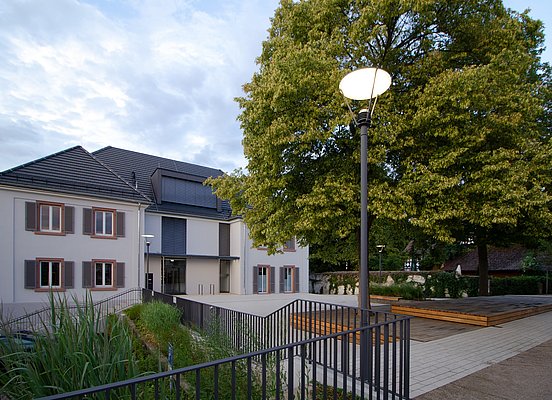 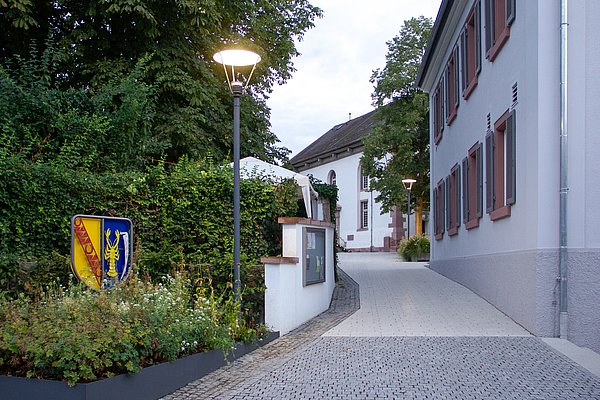 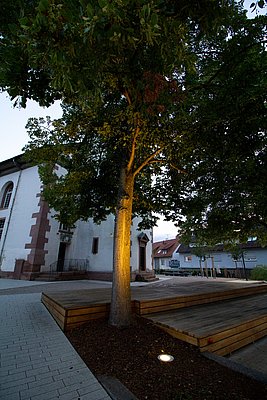 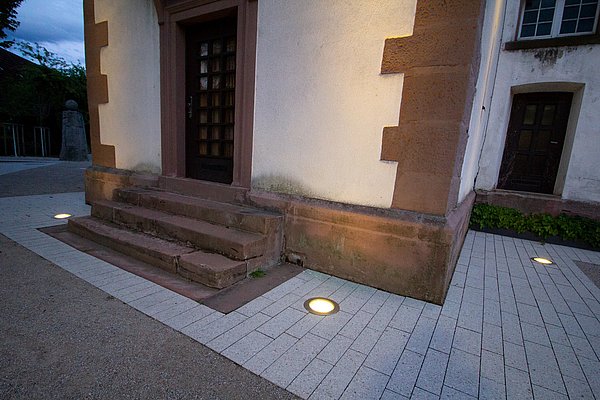 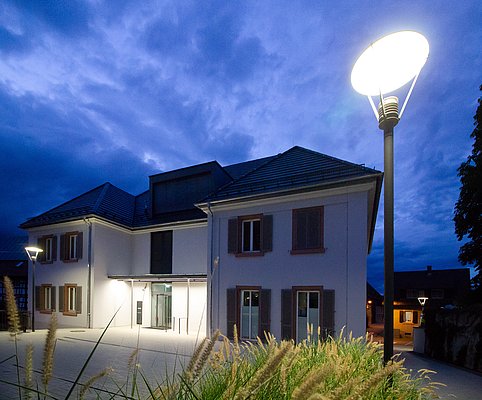 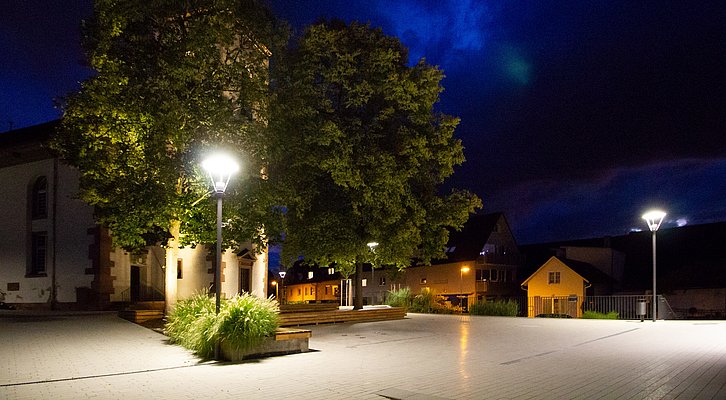 At the beginning of November 2018, the town hall and the new village centre in Vörstetten were awarded the „Beispielhaftes Bauen 2018“ prize by the Baden-Württemberg Chamber of Architects for their functional and attractive renovation and design solution.

The prize honours the successful interplay between architecture and everyday life in benefiting people and bringing the community together.

„I am glad that the square is accepted and filled with life by the people who live here. Receiving recognition from the professional world was ‚icing on the cake‘. With the town hall and the village square, we have succeeded in implementing a large project of high quality for our community – what more could you ask for?” 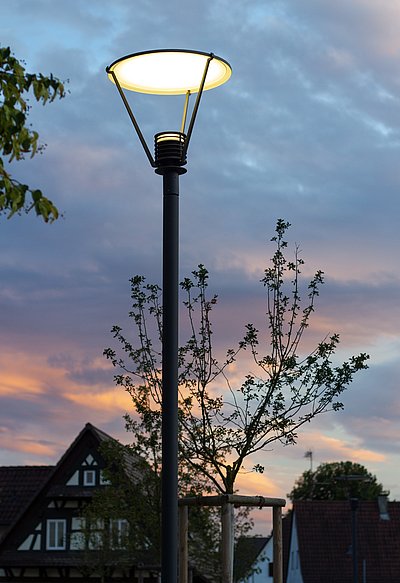 Fountains and wooden decks invite residents and visitors to linger

Based on the open-space concept of the landscape architects Jochen Dittus and Andreas Böhringer of the planning office AG Freiraum in Freiburg, an attractive place for socialising and relaxing has been created:

„As a link between the town hall and the church, the village square presents itself as a quiet, uniform square with a fountain as an attraction.

The existing mature lime trees give the square its special character. Two staggered wooden decks overcome the difference in level to the church on higher ground. They don’t have the look of conventional site furnishings but offer a variety of possibilities for spending time here in addition to sitting. The square is framed on its sides by two small strips of perennials and other plants“, says Jochen Dittus, providing an outline of the essential features of the open-space design.

A smooth and handicapped-accessible transition between the town hall and the village square is provided by a greyish-beige concrete paving stone that perfectly blends with the colour of the wooden decks and the edge plantings. Incorporated strips of granite small-stone paving tie in with the paving of the town hall forecourt and provide discreet design accents.

The new surroundings of the church are divided into a forecourt with a relocated monument and a church ramp for barrier-free access. Red sandstone seating blocks frame the church surroundings and harmonize with the existing sandstone walls and the church pedestal.

For the various areas, the planners gave preference to a uniform outdoor luminaire that is not too urban but nevertheless modern and appropriate. „We saw the AGENA type from Hess as fulfilling these criteria in the best possible way,“ says Jochen Dittus.

With its classically simple design, the AGENA blends in perfectly with its surroundings and, with its indirect, virtually glare-free lighting technology, ensures homogeneous basic illumination of the village square and church surroundings from the edges.

In addition to the basic illumination, special elements of the square are highlighted with accent lighting.

Our sister company GRIVEN’s compact and powerful LED in-ground spotlights DUNE MK2 and RUBY R, which are flush-mounted in the paving and wooden decks, more than fulfil this lighting task and provide a welcoming atmosphere in the evening hours with decorative lighting effects. „The town hall façade, church tower and west façade, as well as the two striking lime trees on the village square, were chosen to receive additional atmospheric lighting,“ Jochen Dittus says. 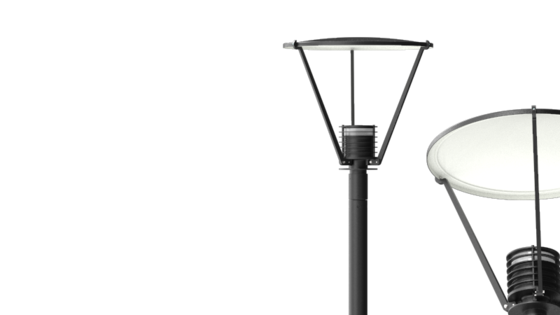 A lively meeting place for young and old

The new village square is very popular with the people of Vörstetten and is used all year round for events, festivals and new celebrations that have come into being since it was opened. Mayor Lars Brügner is very happy with how it turned out: „I am glad that the square is accepted and filled with life by the people who live here. Receiving recognition from the professional world was ‚icing on the cake‘. With the town hall and the village square, we have succeeded in implementing a large project of high quality for our community – what more could you ask for?”