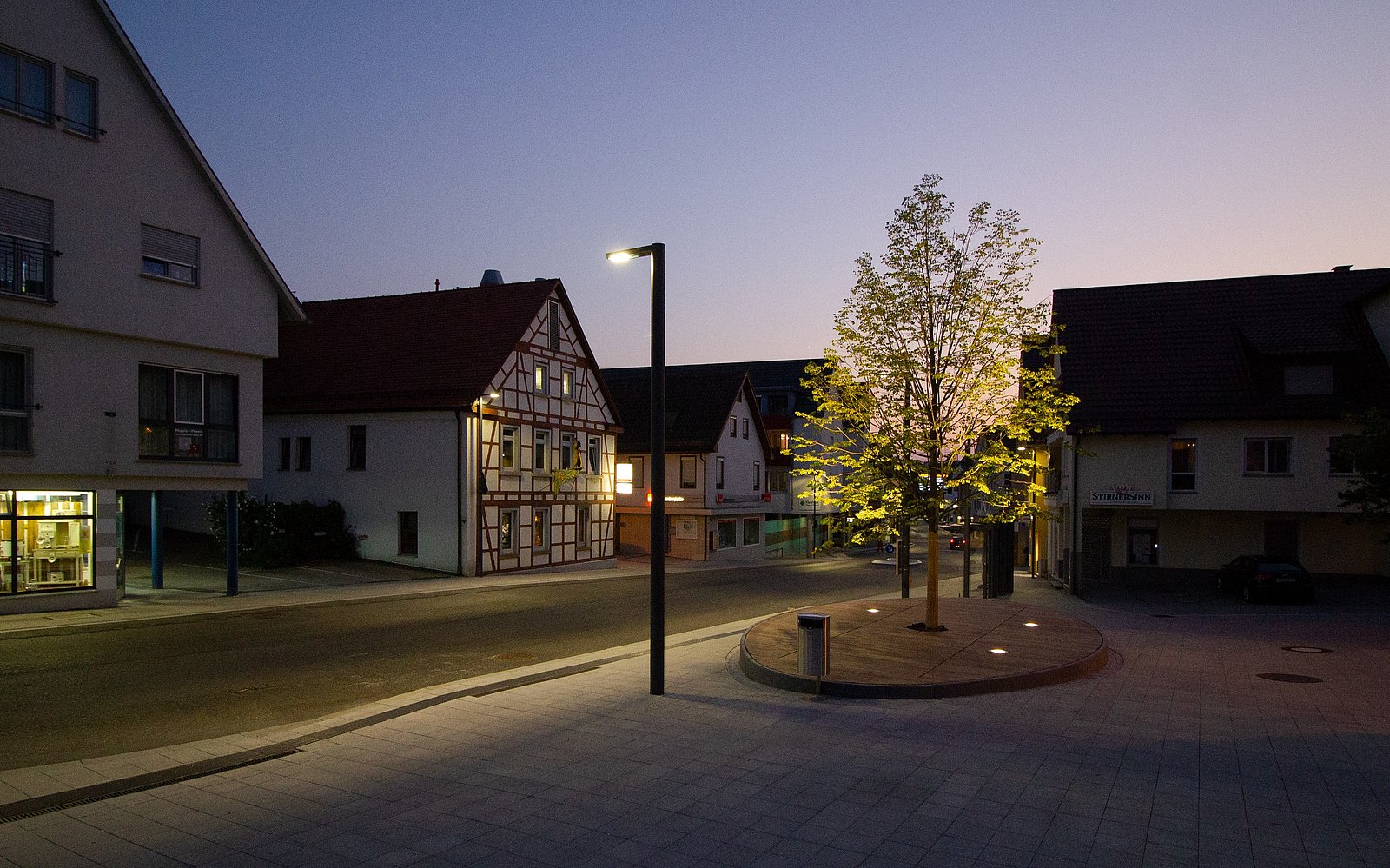 In the course of the replacement of 50-year-old supply and disposal pipes in its main through-road, Schwieberdingen, a municipality with around 11,000 inhabitants in the district of Ludwigsburg, also undertook a redevelopment of its town centre.

Renovation of the `Stuttgarter Straße´

In mid-2019, construction work was completed over a length of 1.2 km on `Stuttgarter Straße´ between the roundabout at the eastern entrance to the town and the `Glemsbrücke´ bridge in the town centre.

Thanks to the road reconstruction and renovation of the infrastructure, the local surroundings were made more attractive. The town has thus realized its ideas and fulfilled the wishes of its citizens, who, in a 2016 survey, clearly declared themselves in favour of an attractive town centre.

Just under 11 million euros were invested in the complete renovation and redevelopment. This includes not only replaced pipes and flood protection, but also new street and square lighting, cycle paths and protective markings, landscaped areas and improved accessibility. 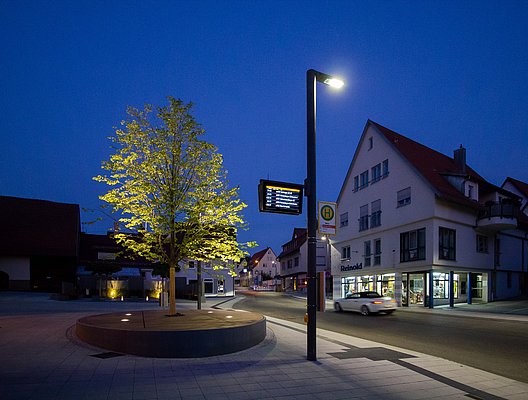 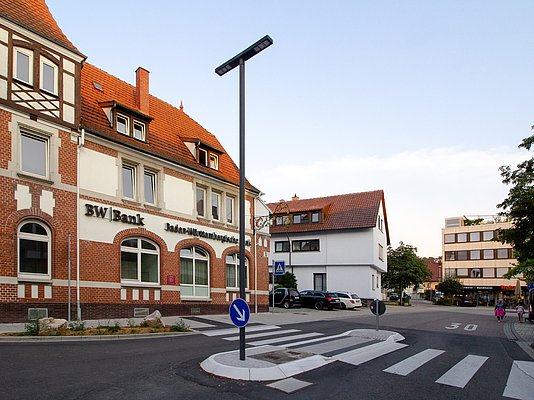 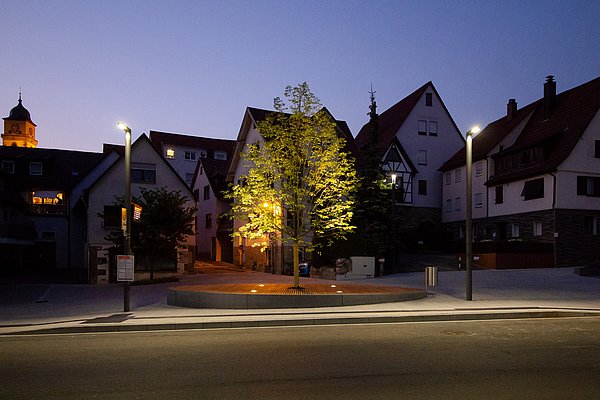 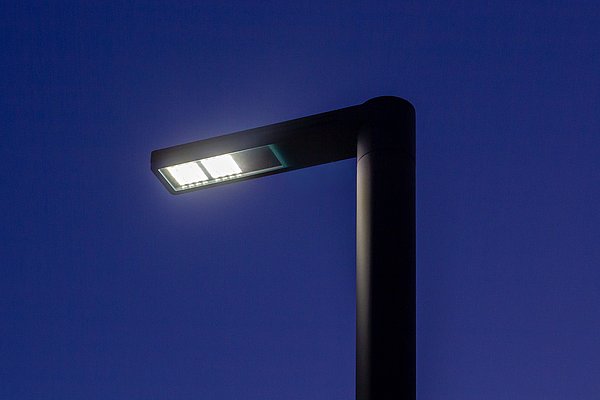 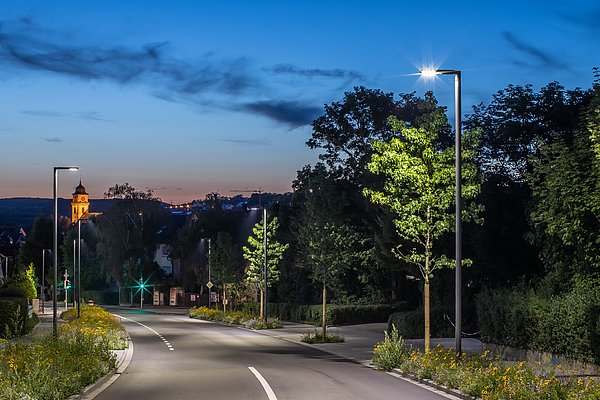 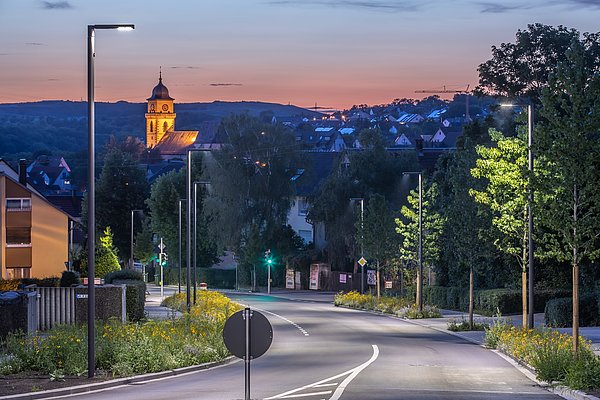 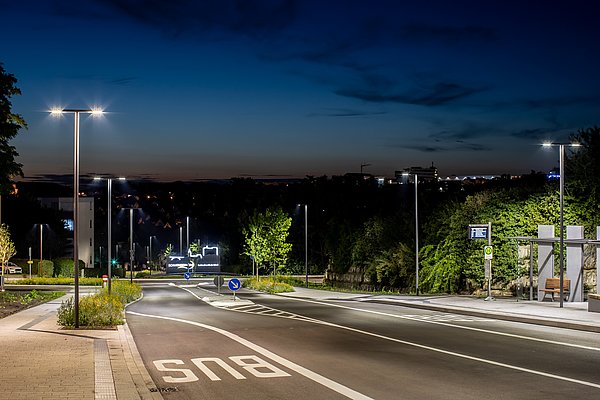 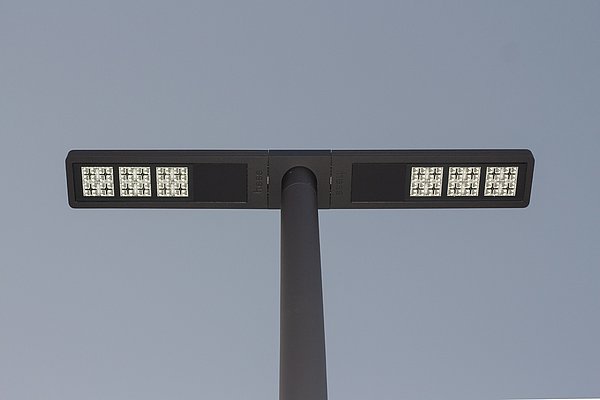 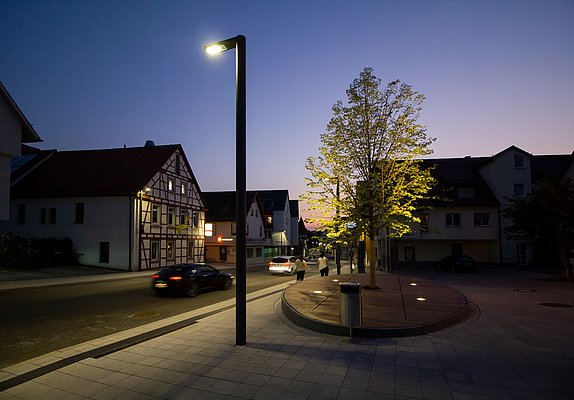 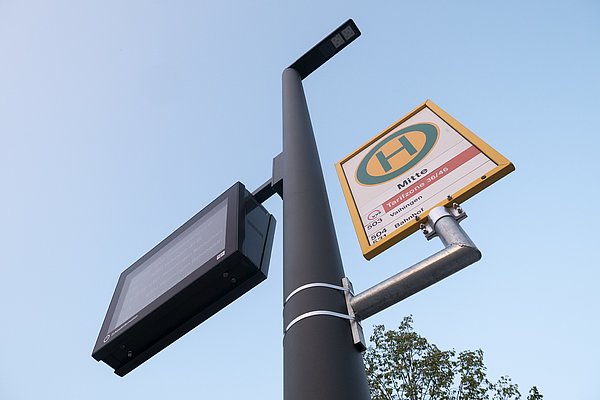 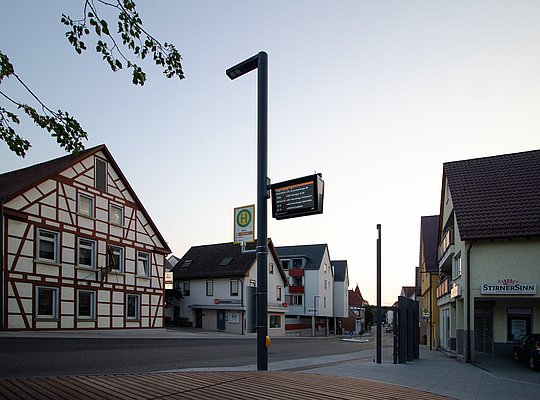 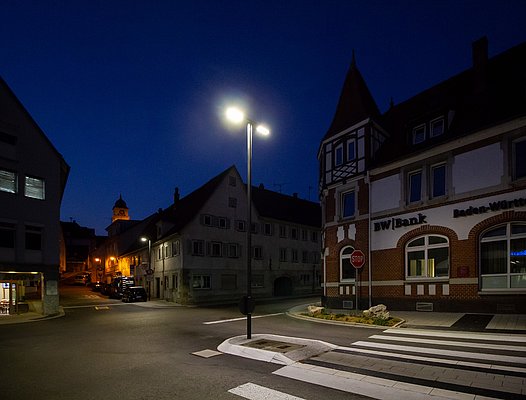 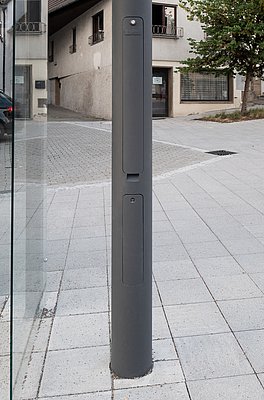 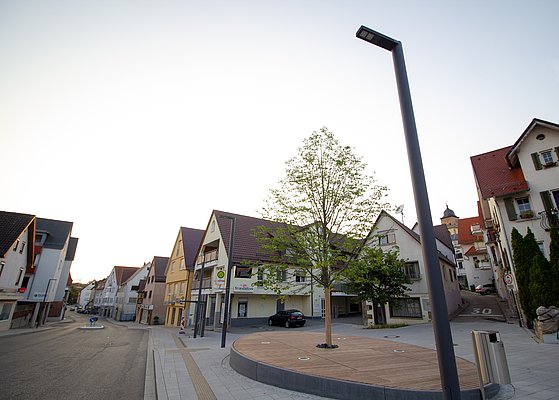 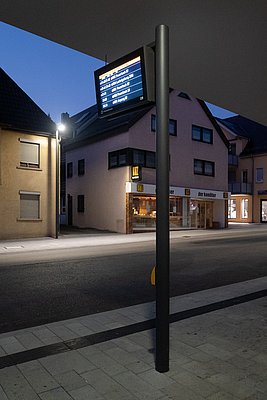 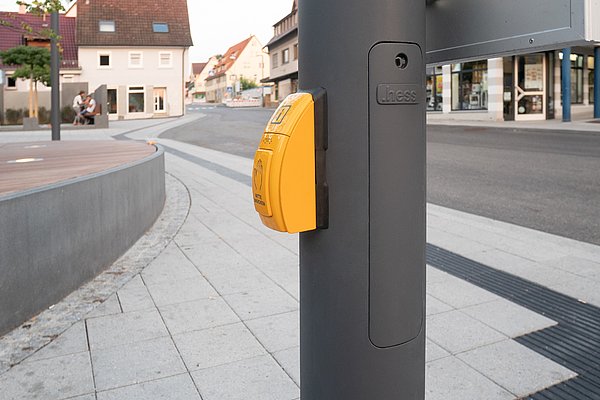 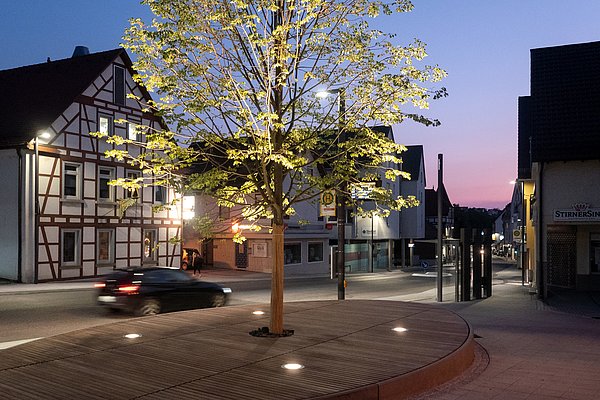 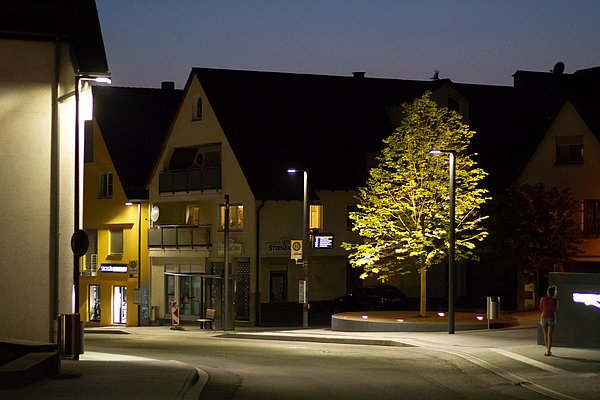 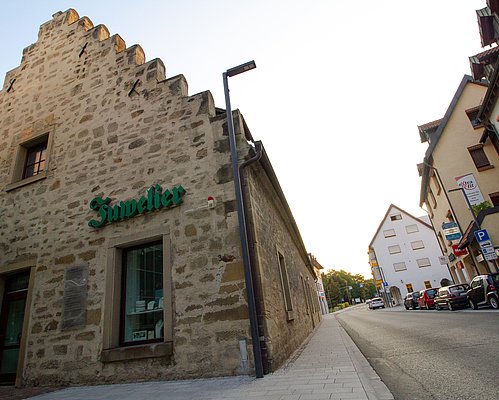 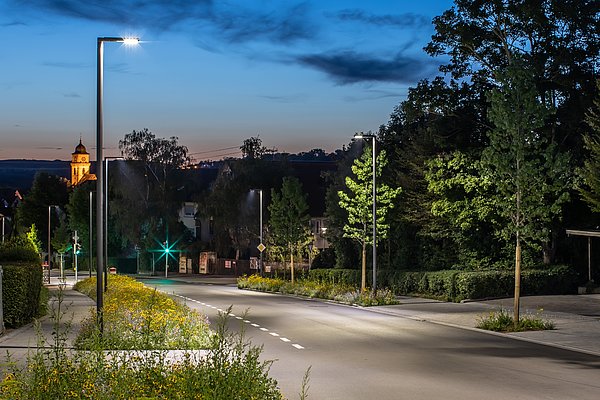 Successful upgrading of the town centre

From the very beginning, the aim of redesigning the central area of the town was to slow down traffic and make the atmosphere of this area more inviting. After all, everyone should feel comfortable in the town.

The `Vaux-Le-Penil´ square, a homage to the partner town in France and an eye-catcher on the Schwieberdinger main through-road, formed a central point of the reconstruction. The square is adorned by a newly planted lime tree, around which a raised, 32 square metre, wooden deck is built.

The lime tree is a real gem, which deserves to be perfectly staged at night. Spotlights from Hess’ sister company GRIVEN, with a light colour of 3000K, embedded in the wooden deck, ensure that the lime tree does not lose any of its extraordinary effect even at night – quite the contrary is true.

In order to ensure a lastingly tidy appearance on this square, 6-metre-high multifunctional CITY ELEMENTS 180 are used around the wooden deck – some of them in very different designs. The CITY ELEMENTS, for example, are fitted with DALVIK S luminaire heads or have a display screen for local public transport.

The possibility of including a traffic light module was also created and columns were equipped with corresponding buttons for traffic light operation.

Following the road to the east, parking spaces are arranged between the trees, slowing down traffic and making the townscape even more attractive.

DALVIK S luminaire heads with an output of 53 W - 80 W and a light colour of 4000 K, also with a mounting height of around 6 metres, provide excellent illumination. Additional sockets were also integrated in the upper half of many of the poles. 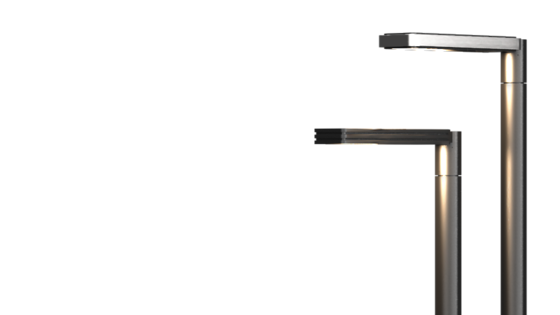 …during the day and at night. In this way, luminaires from Hess provide a thoroughly attractive appearance, regardless of the time of day.

The street and square lighting not only ensures brightness and security, but also sets the decisive accents for the optical street layout, the character of the town and the desired atmosphere in the town centre.

Moreover, the design of the luminaires blends in harmoniously with the silhouette of the town and gives the location its own pleasant contours.