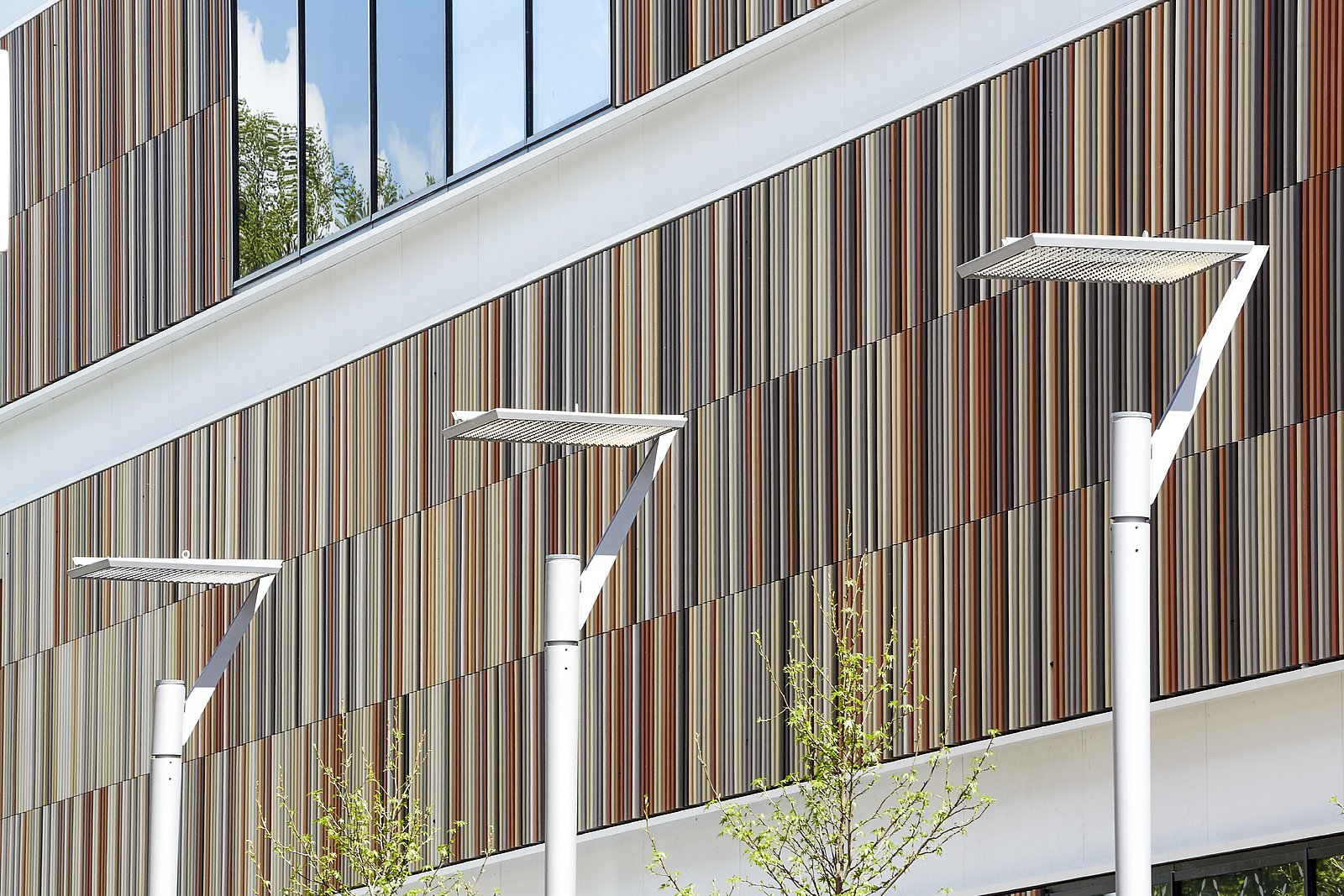 One of the most modern shopping centres on the Lower Rhine opened in 2015 in the North Rhine-Westphalian city of Mönchengladbach: the “Minto”. Shoppers and visitors can look forward to some 100 shops and 20 restaurants and cafés spread across four levels and almost 42,000 square metres.

The Minto has much more to offer than just shopping. It was the first shopping centre in Germany to be awarded a 4-star label from the very beginning, signifying excellent quality in the customer experience offering a high level of service. Free WLAN, charging stations for mobile devices, an electric car charging station, a baby lounge, various rest zones and trilingual capabilities at the reception are among the many amenities. 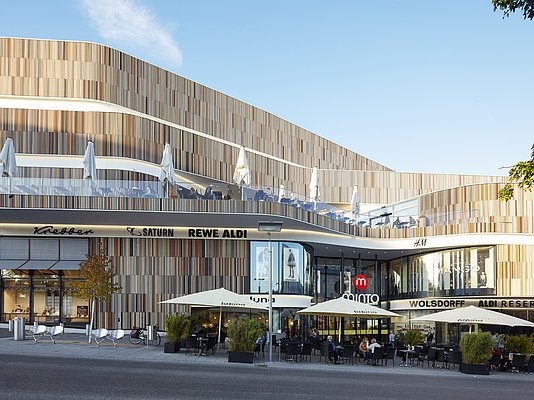 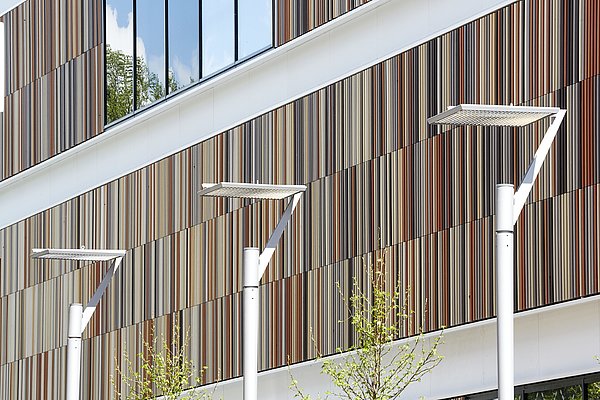 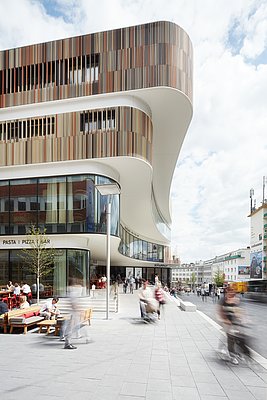 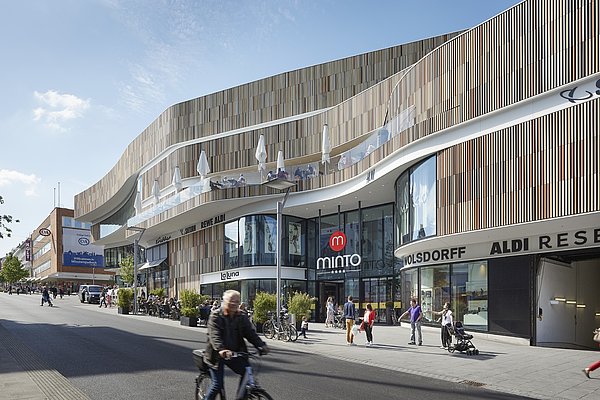 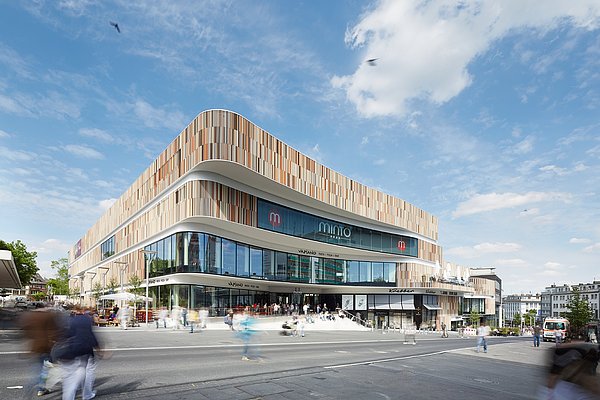 Interplay of modern architecture and lighting

Urban planning principles were important in the construction of the Minto. In addition to completing the pedestrian zone and creating a new city-centre “stepping stone” between “Alter Markt” and “Europaplatz”, the focus was on integrating the shopping-centre architecture into the existing urban structure.

For example, the height of the building is similar to that of the urban surroundings, and, in its use of organic forms, the centre enters into a dialogue with the Hans Jonas Park opposite it. The soft curves of the vertical belted slats attached to the façade draw the attention of passers-by to the entrances of the building and enable terraces and roofed open spaces to be created.

They put the focus on the function of the façade as an interface between the building and the urban space. The warm colouring of the clay slats – fired in various reddish-brown colours – corresponds to the Rhenish pit-fired clinker brick used. The curved façade is broken up by glazed elements.

FARO luminaires ensure high quality – by day and at night

The high level of quality of the shopping centre is also underpinned by the exterior lighting. Thanks to their exclusive design, FARO luminaires from Hess create an impressive daytime effect and highlight the elegant look of the entire area.

The FAROs, coated in “micaceous glaze” and with mounting heights of six metres, have a striking appearance in any case. The luminaires also round out the overall cityscape, since 120 FARO luminaires were previously installed along Hindenburgstrasse and in the surrounding area.

In the evening and night-time hours, the FARO luminaires provide a further highlight. The indirect lighting guarantees extremely homogeneous, pleasant and nearly glare-free light. The luminaire canopy of the FARO is equipped with 576 facets subjected to vapour deposition, creating a mirrored field.

This field of mirrors reflects the incident light onto the illuminated surface uniformly and in a targeted manner, creating the abovementioned pleasant and homogeneous illumination of the surroundings. The perception of this atmosphere is additionally underscored by the warm white light colour (3000K). 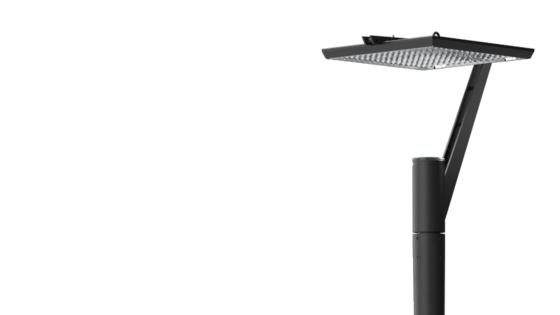 Located in the downtown area, the Minto entices visitors with a truly multifaceted and extraordinary shopping experience – and after closing time, it is possible to take a stroll in the adjacent pedestrian zone and the parks.

A new attraction and rendezvous point that appeals to more than just Mönchengladbach residents has been created. The catchment even extends beyond the German border, all the way into the neighbouring Netherlands. The success of the Minto concept can be impressively corroborated with a number: by summer 2018 more than 28 million visitors had already stopped in.

In addition, the Minto was honoured with the title of Germany’s Most Beautiful Shopping Centre. We express our heartfelt congratulations on this accomplishment and are happy that our FARO luminaires support the upscale and coherent overall impression – by day and at night.