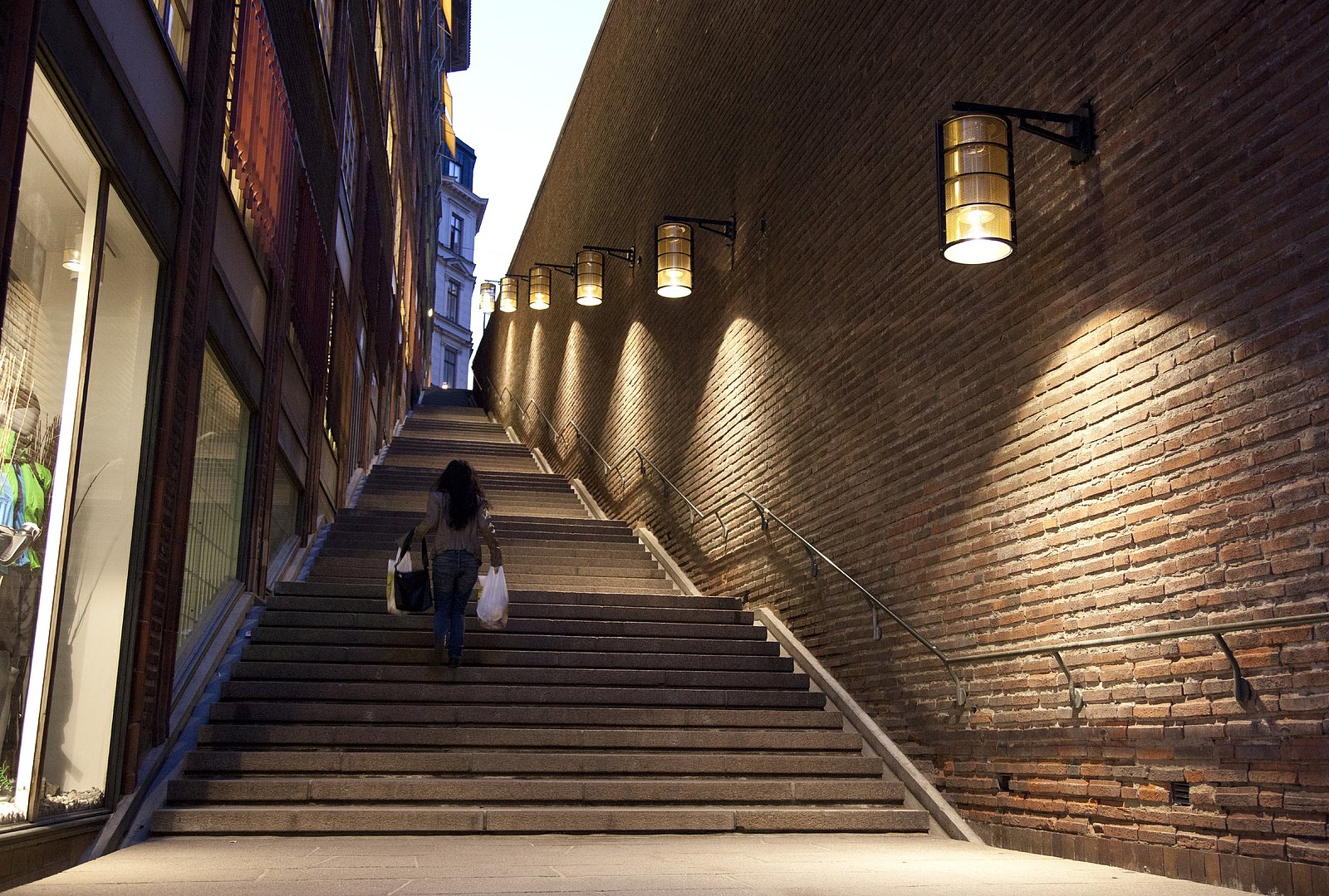 As early as the 1920s, "Kungsgatan," Stockholm's 1.5-kilometre "King's Street," enjoyed an international reputation for its architecture and upscale shopping. Two towering buildings designed by architects Sven Wallander and Ivar Callmander straddle the street and, like in the past, are the landmark of this retail mecca. In the 1930s and 40s, the famous street was even referred to as Stockholm's "Broadway."

For the street's 100-year anniversary, the City installed new, energy-efficient lighting from Hess on the section of the street between Sveavägen Street, the City's main thoroughfare, and Stureplan Square. 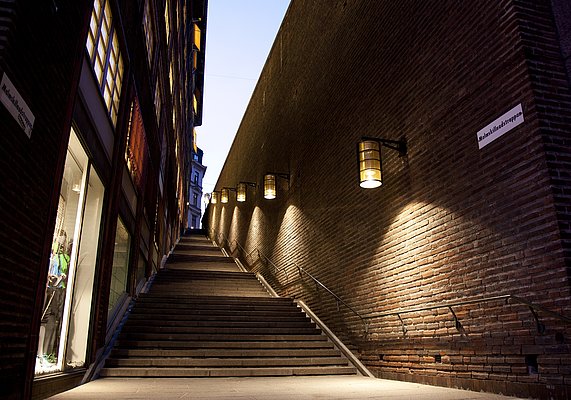 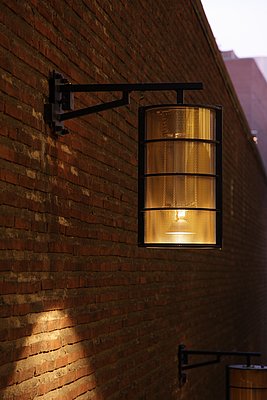 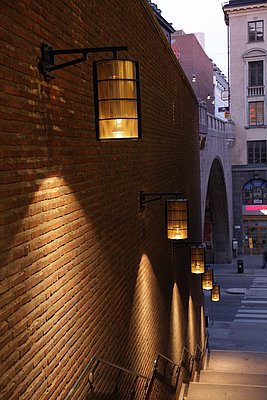 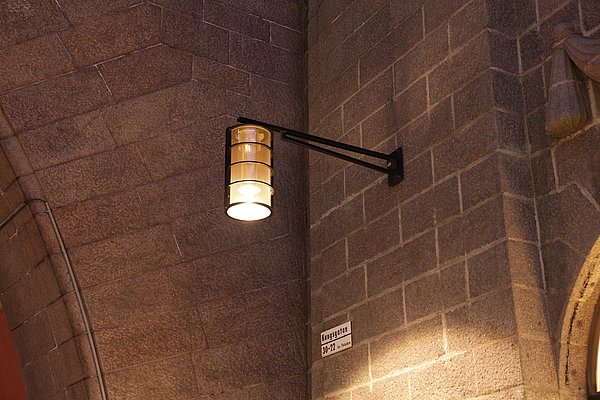 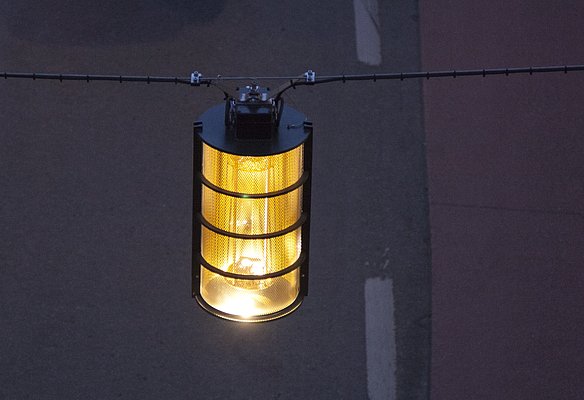 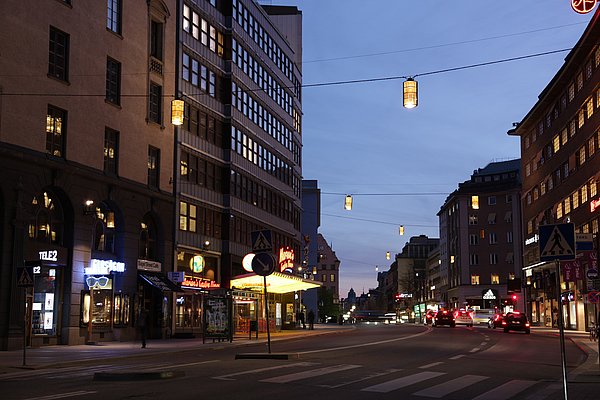 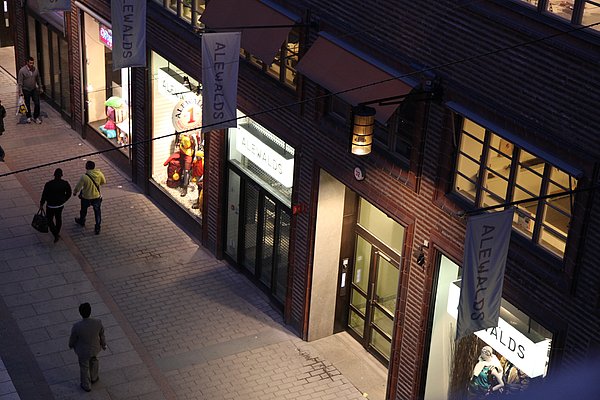 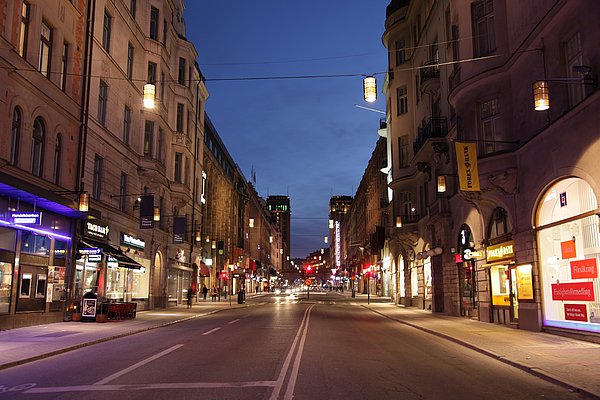 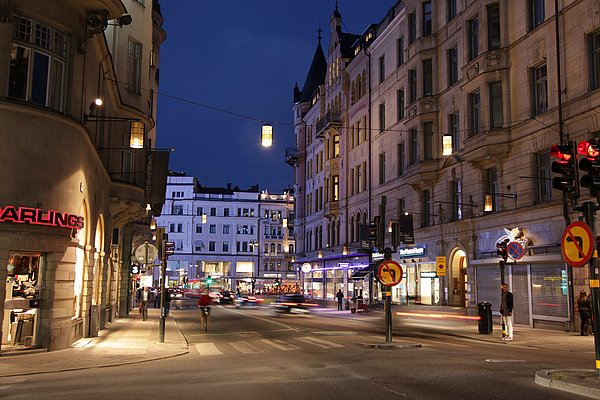 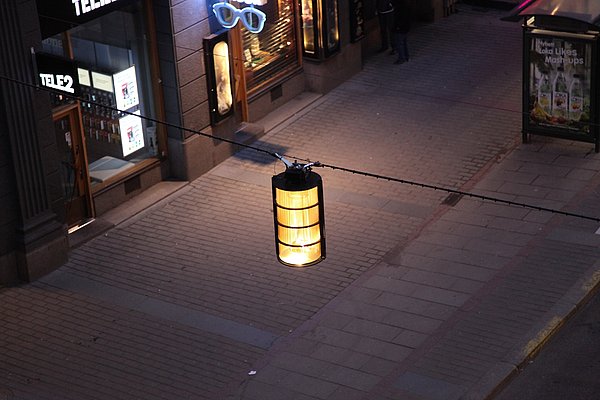 110 luminaires, comprised of two VILLAGE variants, were installed in the section of the street chosen for the project. The city mounted 34 catenary suspended units above the street and 76 luminaires on the walls of the stairway leading up to the Malmskillnadsgatan Street, which is located a level above Kungsgatan.

To enhance and recapture the area's unique atmosphere and the feel of a bygone era, Hess custom-fit the luminaires with gold-colour coated reflectors. 100-watt metal halide lamps in the suspended fixtures and 70-watt light sources on the stairway leading off the street on the side of an overpass provide excellent lighting with superior light quality and recreate the unique atmosphere of the street's illustrious past.