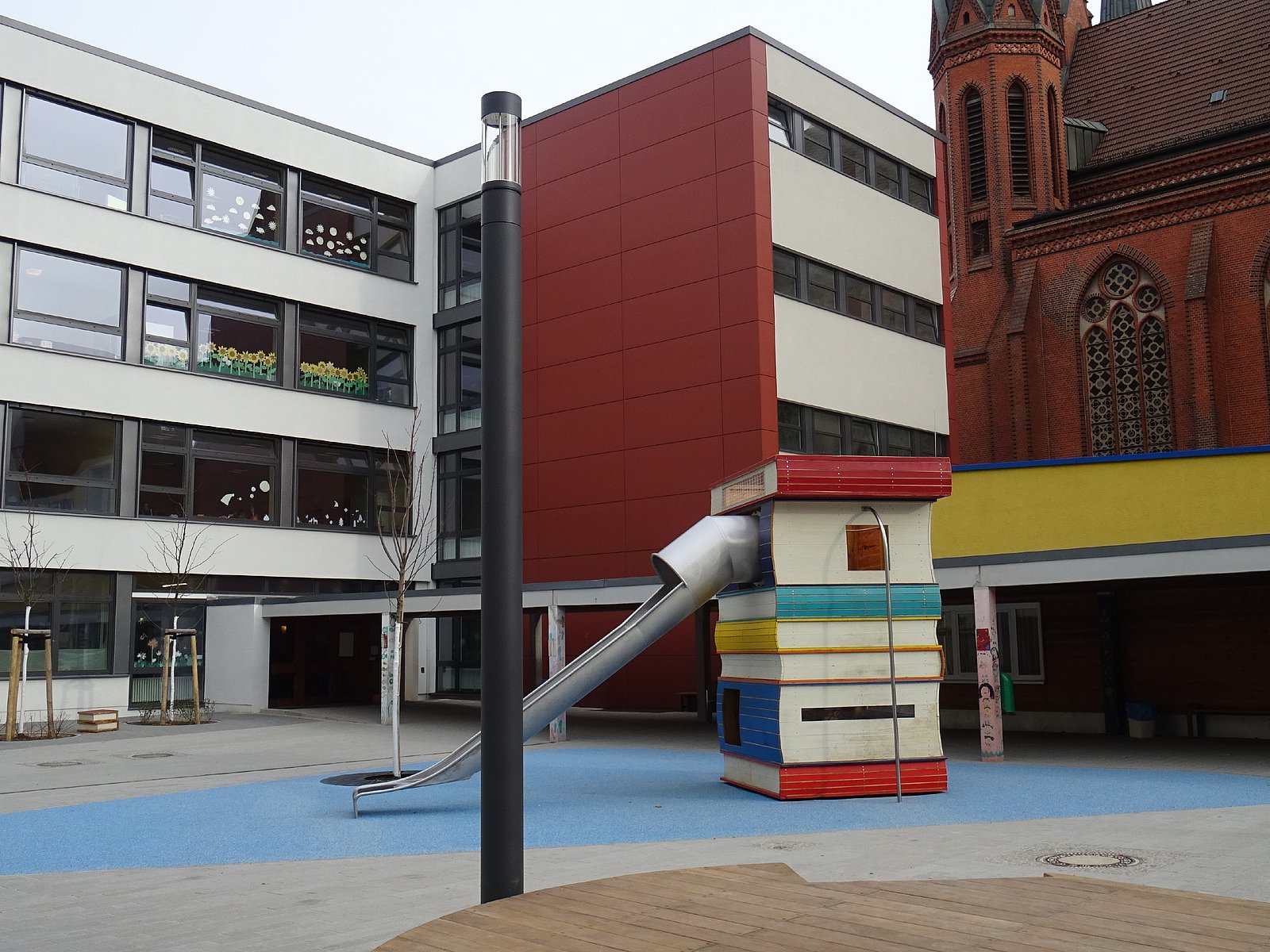 The Sankt Paulus Primary School in Berlin-Moabit also received new lighting as part of the renovation of its schoolyards.

The “Aktive Zentren” [Active Centres] support programme of the State of Berlin provided funds for the “Mitte-Turmstraße” area in Moabit, which included the modernisation of the schoolyards of Saint Paul’s Catholic School in the of `Waldenser Straße´ neighbourhood.

The nearly 400 students from over 50 nations were allowed to have a say in the project planning from the very beginning and to express their wishes regarding the playground equipment. This included a stage with a sun shade, lounging areas, a trampoline, a slide, hopscotch courts, a streetball court, plants and, last but not least, a small house for play equipment. 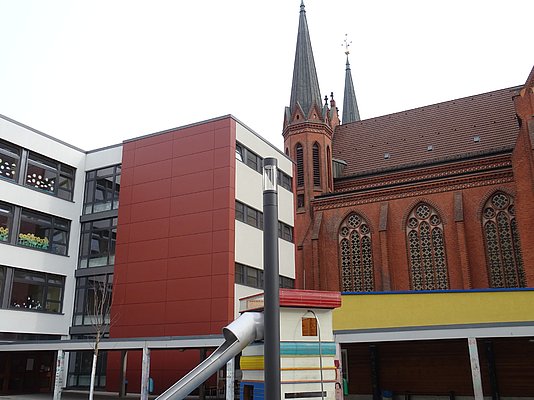 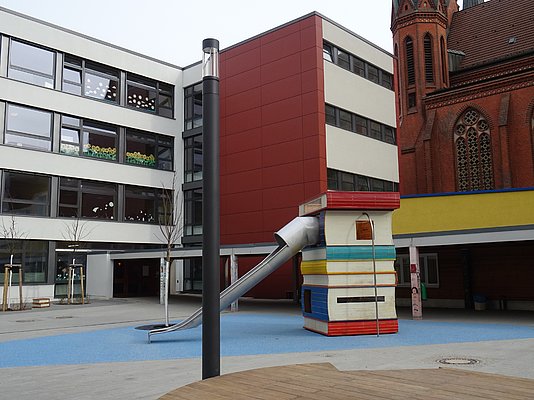 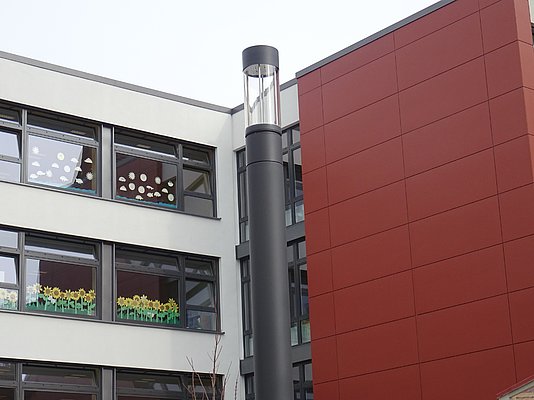 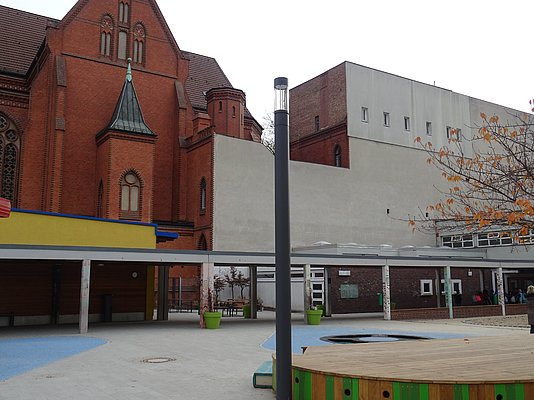 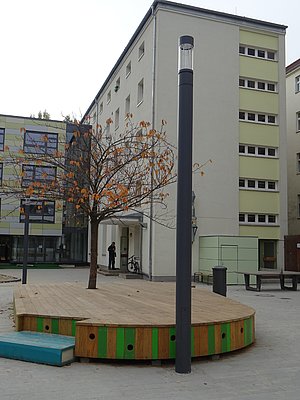 The proposals resulted in a design competition, which three landscape architecture firms entered with their ideas. The majority of the jury, consisting of student representatives, teachers, child care teachers and a parent representative, decided in favour of the design by Berlin landscape architect Frank von Bargen and then actively participated in the final planning.

The construction of both schoolyards has now been successfully completed and the front façade of the school building has also been renovated. 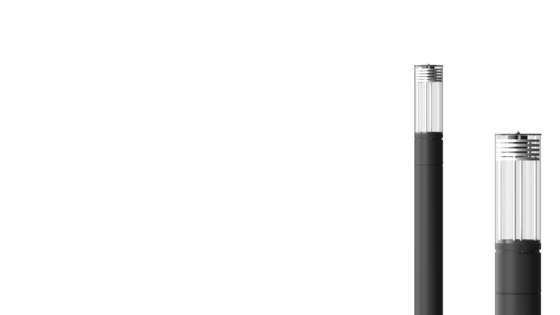 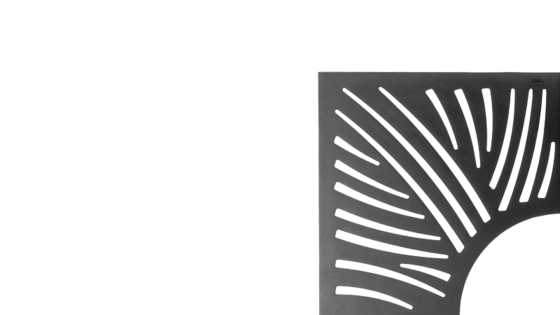 The lighting is provided by attractive RESIDENZA C luminaires, which integrate perfectly into their surroundings in terms of shape and colour. In addition, the newly planted tree on the playground is effectively protected by a SERPO tree grate, which in turn is a real eye-catcher.

The building project, realised with the participation of the students in regards to the design and planning, was praised by all those involved.

The renovation of the St. Paul schoolyards thus makes an important contribution to the Berlin support program “Aktive Zentren” [Active Centres], whose main goal is to strengthen social and ethnic integration and promote cooperative action.

A shining example. For bright minds.