The Town of Diepholz, the EVB Huntetal utility and Hess AG completed in November 2012 the refurbishment of Mollerstraße, a street located at the centre of the town. Taking four months to complete, the project converted the section of a former state highway into a living street with 30-kph speed limit. Highly efficient Hess SERA LED luminaires now illuminate the street.

For the lighting specialist from Germany's Black Forest, the project has a particularly pilot character, as Diepholz is the first town in Germany to implement Hess' smart DIMPro lighting management system. DIMPro, an integral dimming system, permits the Town of Diepholz to adjust its lighting on the Mollerstraße to different lighting levels automatically as traffic volume changes. 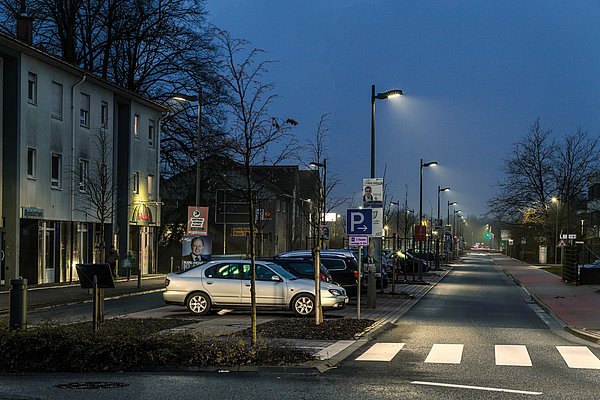 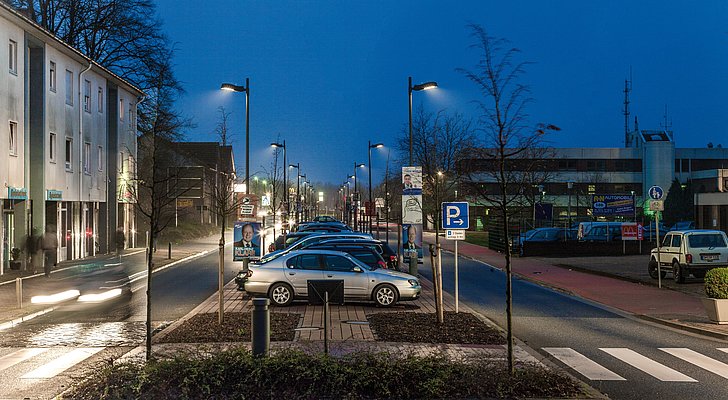 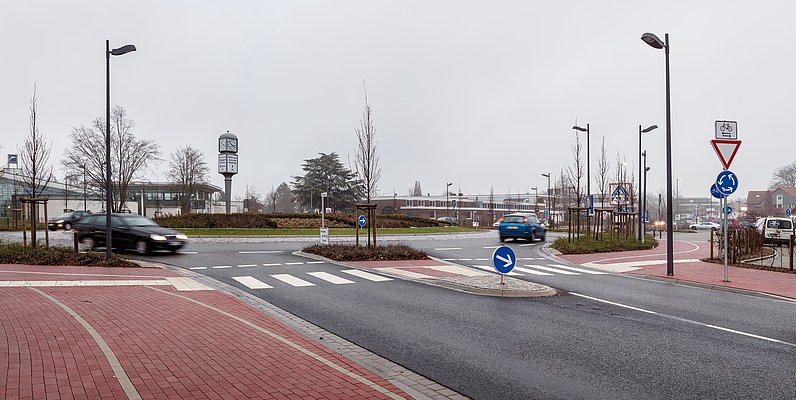 DIMPro enables operators to manage their lighting intelligently via motion sensors and a wireless network with dim levels it determines and presets. Now, during the week at 6:30 PM, Mollerstraße's lighting is brighter when the retail shops close than at 10 PM when there is less activity. And DIMPro permits the meeting of individual lighting needs for weekend activity and times when the street is highly frequented.

Every luminaire has an integral motion detector, which the presence of pedestrians or bicyclists automatically triggers at night, raising the level of lighting. This feature provides residents and others walking or travelling the street when it is dark with a greater sense of security and improved safety.

Further advantages provided by the new lighting include higher light quality and the significantly upgraded attractiveness of the streetscape.

The intelligent management of "on-demand" lighting provides the Town of Diepholz with tremendous energy savings. "Alone, the dimming cuts the annual cost of electricity for this area of the town by 30 to 50 percent," estimates the lighting designer, Oliver Christen. The director of the town's planning office, Gregor Korte, is also delighted with the results and said, "Thanks to the intelligent management of light and the longer lifespan of the light sources, our lighting expenses are significantly lower."

The Town of Diepholz is by no means finished upgrading its public lighting. Specific projects are already in planning. "In the next two years, we plan to upgrade 100 lighting units," says Korte.

Back in 2009, Diepholz, a county town in Lower Saxony, began upgrading its street lighting. Since then, Diepholz, with Hess AG's assistance, has replaced over 400 outdated mushroom-shaped pole top mounted luminaires with SERA lighting fixtures. At the same time, the town upgraded from inefficient mercury vapour lamps to metal halide light sources, which offer higher efficacy. 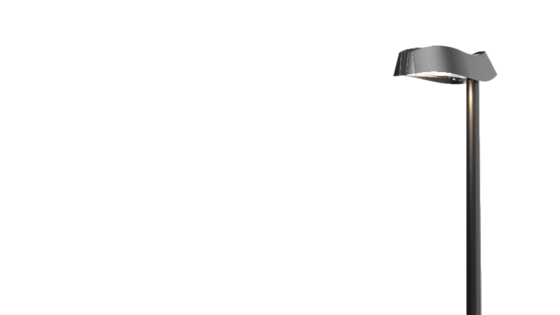 Citizens Have a Say in Urban Renewal

The Town contracted the complete visual and functional refurbishment of the 120-metre long stretch of road between the Bremer Eck and Flöthekreisel traffic circles. Today, 52 parking spaces separate the two lanes in the living street. Its design is partially the product of a public participation program in 2009 that encouraged the dialogue between the Town and its inhabitants.